After months of behind the scenes efforts, Kansas City, Missouri leaders designated 348 acres in the Marlborough neighborhood as “blighted.” It’s the first step in an ambitious, community coalition-driven urban revitalization effort.

“The cost of the required blight study, which is typically done by a third-party consultant, was a major hurdle,” said Economic Development Corporation of Kansas City (EDCKC) Senior Development Services Specialist, Bob Long. 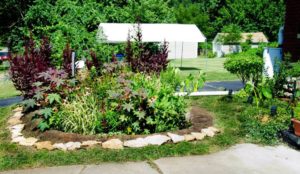 That’s when initial discussions with representatives of the neighborhood, Stinson LLP, which has served as pro bono general counsel for the Marlborough Community Coalition (MCC) for over 10 years, and Legal Bridge began. The first priority was determining a process and associated costs to support proactive neighborhood stabilization and revitalization efforts.

Instead of incurring the cost of the pre-approved consultant fees, which effectively prevent neighborhood groups from requesting tax abatement and inadvertently favor outside developers who often contribute to displacement, MCC partnered with UMKC to produce the blight study.

MCLT and MCC assisted the UMKC students by attending each class session, meeting with students outside of class, providing helpful contacts and information in order to create the blight study.

The EDCKC provided copies of the State legislation regarding “blight,” working definitions of the criteria listed in the legislation and a copy of a blight study for a similar neighborhood.

While the study was underway, Long also supported by writing the proposed (and unfortunately named, given the shameful history of “urban renewal” in the U.S.) Urban Renewal Plan, which reflects the Marlborough Community Coalition’s emphasis on affordable housing, appropriately-scaled development, and avoiding displacement of low-/moderate-income homeowners and residents.

Additionally, Stinson provided legal assistance to MCC in multiple ways, including consulting about development initiatives and incentives, drafting and reviewing of supporting documentation, and assistance at the legislative levels.

The revitalization effort strives to reduce and eliminate blight, stimulate local investment, economic development, and enhance and promote health, safety, order, prosperity and general welfare in the Marlborough neighborhood. Much of this will be done through tax abatement for local homeowners and small business owners for affordable improvements to be undertaken on Marlborough properties through support by the Land Clearance for Redevelopment Authority (LCRA).

Because of the broad-ranging tax abatement opportunities for neighborhood citizens that approval of this plan would unlock, this initiative would be a great benefit to the neighborhood. With a goal of preserving the local character, vibrancy, and makeup of the Neighborhood, plans such as this one work to stimulate local re-investment without the type displacement all too characteristic of other development initiatives.

The grass-roots effort made possible through the multi-disciplinary team is now being looked at as a replicable model for economic development in other communities.