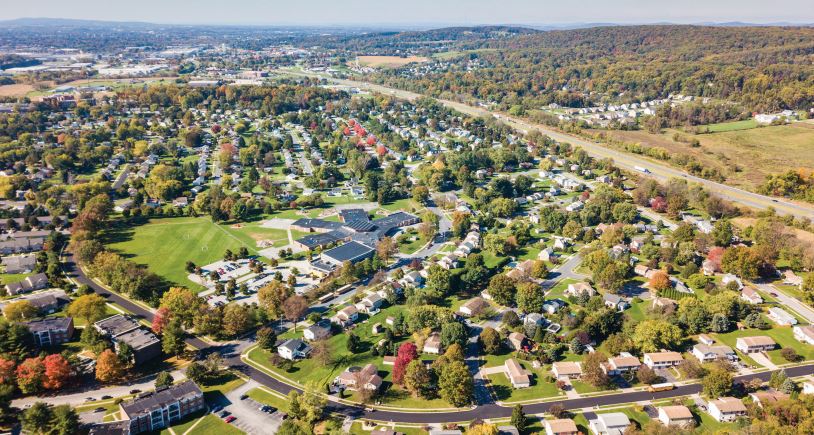 A new report, “Using Land to Restore Neighborhoods and Build Community” explores how community land trusts can be implemented to address a wide variety of needs and profiles four community land trust organizations that share how they evolved to better serve their communities.

Land comes to community land trusts (CLT) in a variety of ways, including purchase by the organization (often using subsidies through various federal, state or local programs), private donations, participation in inclusionary housing programs and through “buyer-initiated” programs.

In a traditional CLT model, a nonprofit corporation owns land and either develops the land itself or leases the land to whomever buys or builds the improvements to that land.1 The traditional governance structure of the CLT is a board of trustees composed of one-third lessees of CLT land, one-third residents in the community and one-third members of the broader public (public officials, local nonprofit staff, etc.).

CLTs are most commonly implemented as a platform for affordable housing, but they can be used for a variety of purposes. One of the major benefits of a CLT is that it provides communities with the opportunity to tailor the model to fit their needs. CLTs have also been used for community agriculture, the development of commercial space for small businesses or simply the management of open space.

Since the creation of the CLT in 1968, it has been implemented in diverse ways in a wide variety of places. The CLT is used in rural areas, such as the Berkshire Community Land Trust in Massachusetts, and in urban settings, such as the Cooper Square CLT in New York City and the Dudley Street Neighborhood Initiative in Boston.

The number of CLTs has increased significantly in the past 15 years. In a survey taken in 2006, only four were started in the entire decade of the 1970s, followed by 24 in the 1980s, 39 in the 1990s, and then 52 from 2000 to 2006. A survey in 2011 showed that almost half of the respondents created CLTs between 2005 and 2010. 3 However, an accurate count of how many actually exist has been elusive. The total membership of the National Community Land Trust Network (now known as Grounded Solutions Network after a 2016 merger with the Cornerstone Partnership) was listed as 330 at the time this brief was published.

However, this membership is fairly broad and includes organizations such as municipal housing programs and nonprofits that have no actual land trust in place; because of this, the actual count is likely to be slightly lower. The total amount of land held by CLTs is similarly difficult to pin down. A survey by the Lincoln Institute of Land Policy in 2006 found there were 2,629 acres of land held by 98 CLTs.5 That number has most likely increased along with the increase in the number of CLTs.

The paper was produced in partnership with the National Housing Conference‘s (NHC) Inclusive Communities Working Group.