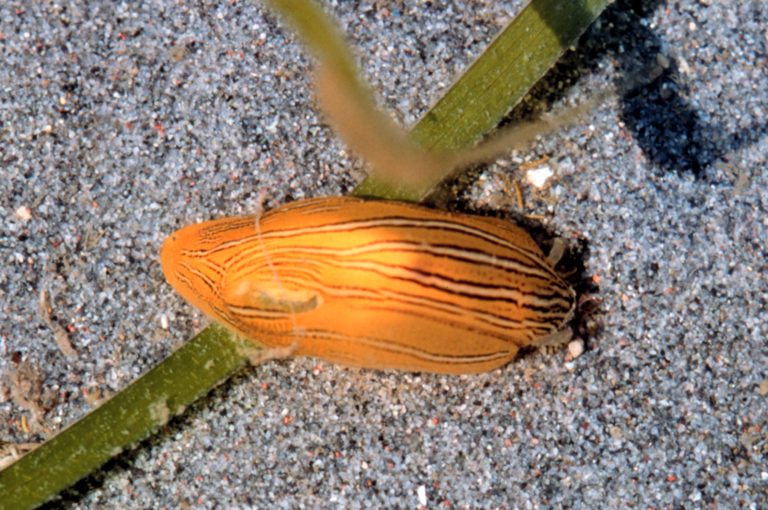 You need a boogie board and a wetsuit to garden with Katharyn Boyer, a biology professor at San Francisco State University in California.

They come in handy along the shorelines of the San Francisco Bay where Boyer and her colleagues are replanting eelgrass. For more than a decade, she’s experimented with methods to replenish these underwater plants that create key habitats and buffer zones for coastal ecosystems. Figuring out reliable ways to grow more eelgrass could revitalize these critical areas and help other scientists reverse seagrass losses around the world.

Seagrasses are disappearing at rates that rival those of coral reefs and tropical rainforests, losing as much as seven percent of their area each year, according to the IUCN. The flowering plants — not to be confused with seaweed — are considered “coastal canaries.” These sensitive indicators of ocean health will die when water runoff carries high loads of nutrients or sediment, or when boating activity disrupts their root systems. Changing water conditions, ocean warming, and acidification may also predispose these plants to the wasting disease that once wiped out most of the seagrass along the U.S. Atlantic coast.

Now, a third of the way into a nine-year restoration program, Boyer is part of an effort to add four acres of eelgrass to the coastline each year. Ideally, adding this acreage will enable the new eelgrass beds to continue self-propagating after the project is over.

There have been surprising failures, and unexpected successes. Eelgrass is thriving in Elkhorn Slough, an estuary about 100 miles south of San Francisco. Bordered by agricultural fields, the runoff is rich with fertilizer, making the water prone to algal blooms that usually kill seagrass.

“We try to do our restoration in an experimental way, to learn from each area and do better next time,” says Boyer.

Photo of Sea Hare in seagrass via NOAA.