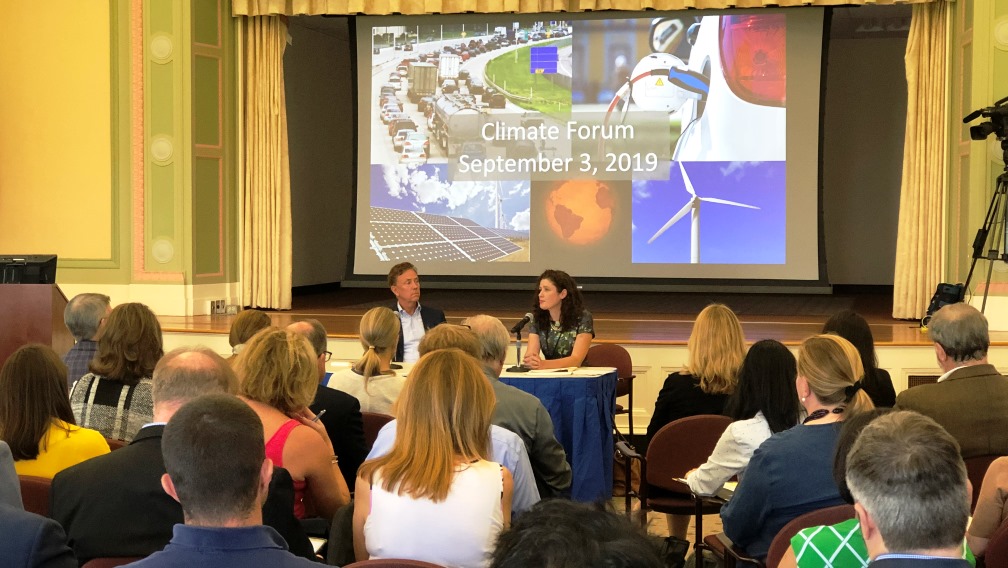 On September 3, 2019, Connecticut Governor Ned Lamont announced that he had signed an executive order strengthening Connecticut’s ongoing efforts to combat the effects of climate change and ensure that the state’s communities are as resilient as possible to rising sea levels and increasingly powerful storms.

The governor signed the order surrounded by environmental advocates, clean energy leaders, state officials, and legislators, who were joining him at a forum he co-hosted with Department of Energy and Environmental Protection (DEEP) Commissioner Katie Dykes in Hartford to receive input and discuss issues related to climate change, specifically as their administration prepares its package of legislative proposals for the 2020 session of the General Assembly, which begins in February.

“Climate change is an urgent, existential threat that must be tackled immediately, and under the leadership of this administration I am going to see to it that Connecticut remains a national leader on climate action,” Lamont said.

“While the highest levels of our federal government are refusing to accept scientific facts, we need state governments to unite and address one of the most pressing international problem of our times. The effects of climate change are impacting our air, water, health, natural resources, economic, and the quality of life of every current and future citizen of Connecticut. We have an obligation to act now,” he added.

Governor Lamont noted that his executive order builds up on recent action his administration has taken on climate change.

“Governor Lamont’s actions today cement Connecticut’s commitment to urgent action on climate change,” Commissioner Dykes said. “By signing this executive order, Governor Lamont ensures Connecticut will have tools to plan for and address impacts like sea level rise and flooding, extreme heat events, and changes to ecosystems and habitats throughout the state. By incorporating resilience into our planning practices, and charting a path to a 100 percent clean electric grid, we can provide safety and security for future generations.”

Two weeks ago, DEEP issued an RFP that will allow the state to procure up to 2,000 megawatts of offshore wind energy. This represents about 30 percent of the state’s load – a bigger percentage of total load than any other state’s target.