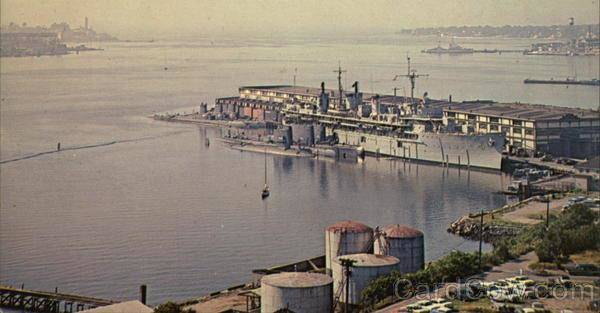 On May 29, 2018, Connecticut Governor Dannel P. Malloy announced that the state will make a $15 million investment as a first step toward revitalizing the Connecticut State Pier in New London. The renewal will include repurposing it for potential use in the deployment of equipment and workers for the seven offshore wind projects currently planned in the northeast.

The funding, which is subject to approval from the State Bond Commission on June 1, 2018, will include demolition of selected structures, site improvements, storm water treatment and drainage improvements, upgrades to increase laydown capabilities, construction of a heavy lift pad, improvements to load bearing capacity, and replacement of mooring dolphins. 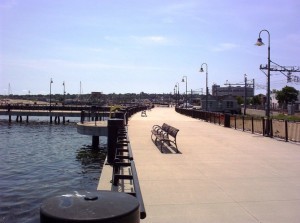 The pier as it looks today.Photo credit: City Data

The Governor made the announcement at a news conference near the pier, where he was joined by Connecticut Port Authority Chairman Scott Bates and New London Mayor Michael Passero.

“In the next 12 years, we expect to see 7 to 8 gigawatts of new, offshore wind power come online in the northeast alone,” Governor Malloy said. “With that new energy comes real economic opportunities for our region. As a result of these improvements, New London will be the perfect location to support the expansion of offshore wind. I have no doubt that the funding we invest today will have lasting economic benefits to the entire region in the years and decades to come.”

The Governor also noted that with improvements to the pier, New London offers the offshore wind industry a number of competitive advantages over other northeastern ports, including:

“This strategic investment is a step toward unlocking New London’s unique potential as a hub for the offshore wind industry,” Mayor Passero said. “Today’s announcement is exciting economic news for our city as the redevelopment of the State Pier will spur growth in marine businesses and help revitalize the downtown. I want to thank Governor Malloy, the Port Authority, and all of our partners in state government for their support of this important project.”

The Connecticut Port Authority, which was created in 2014 to develop and market the state’s ports and promote its maritime economy, oversees the operations of the State Pier.

“Governor Malloy has worked hard to rebuild Connecticut’s infrastructure as a way to create jobs and long term economic growth,” Port Authority Chairman Bates said. “This investment in the State Pier will pay dividends for years to come in this region and across Connecticut, and New Haven will benefit greatly from a more effective link into the regional freight rail system. At the Connecticut Port Authority, we are ready to tackle these new projects as we continue our work strengthening the maritime economy across the state.”

In addition to the offshore wind industry, this project is intended to help spur the revitalization of the shipping industry and other marine businesses, as well as bring development to downtown New London.

A few +months earlier, on February 8, 2018, the Connecticut Port Authority has appointed engineering firm Mott MacDonald to provide strategic advisory services for the redevelopment and operation of its New London State Pier.

Mott MacDonald will be responsible for securing a qualified long-term partner for the facility. Key goals for this partner will be to manage and improve operations and facilities at the New London State Pier, and to maximize cargo flow and economic impact. 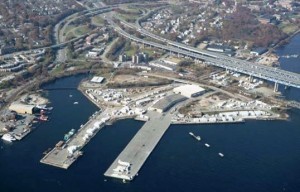 “We are proud to have the opportunity to contribute to the revitalization of New London and the State of Connecticut,” said Nick DeNichilo, President and CEO of Mott MacDonald in North America.

The New London State Pier covers nearly 30 acres and has two piers with direct rail and deepwater access. Approximately 100 miles south of Boston and 130 miles northeast of New York City, it is located next to major highways serving the Northeast.

The New London State Pier is located near major shipyards such as Electric Boat and the US Navy Sub Base in Groton, as well as United Technologies, Pratt & Whitney, and General Electric. This gives New London easy access to some of America’s largest manufacturers.

The Connecticut Port Authority oversees the state’s three deepwater ports in Bridgeport, New Haven, and New London, as well as the many smaller harbors and waterways that make up Connecticut’s maritime industry. A quasi-public agency of the State of Connecticut, its primary responsibility is to market and coordinate the development of the State’s ports and maritime economy.