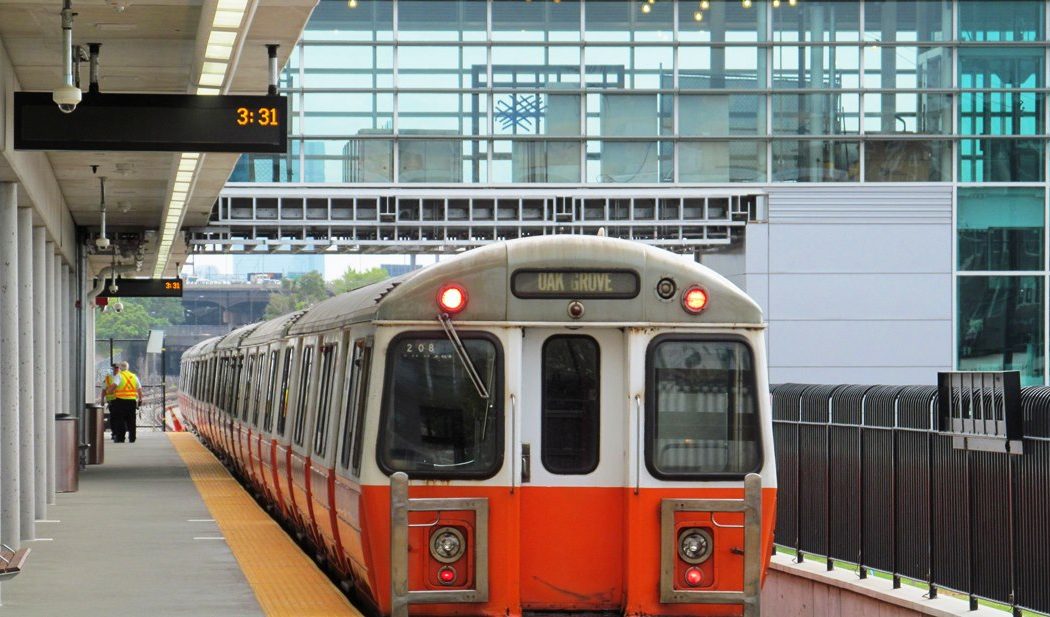 Rail stations, it turns out, are delivering much more than passengers to surrounding neighborhoods. As more cities adopt a “3Re strategy” (repurpose, renew, reconnect) for resilient economic growth, they are realizing that transit—not automobile infrastructure—is by far the most powerful driver of revitalization.

Cars do provide connectivity, of course, but they also reduce pedestrian safety and degrade quality of life with their noise and pollution. Young workers who prefer to walk or take the train — rather than drive — to eat, work and shop, are pushing up property values and reshaping the way developers approach their plans. 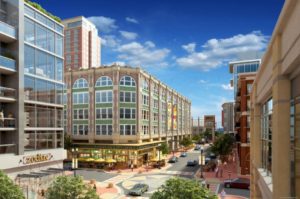 The station, which opened in 2014, has also driven Federal Realty’s broader redevelopment of Assembly Row, which broke ground in 2012. The trust has transformed a 45-acre industrial site — a barren expanse of broken concrete and scrub — into a neighborhood where housing, offices and restaurants rub shoulders along streets intended to be inviting to pedestrians. Public spaces throughout the development bump up against the Mystic River shoreline.

A second, $280 million phase will add commercial space and homes, including condominiums on top of a boutique hotel. “You can’t underestimate (sic) the importance that the investment in transit infrastructure has had,” Mr. Weilminster said. “Assembly Row would not be what it is today without the station. We wouldn’t have built it.”

The proliferation of transit-oriented redevelopment has spurred rail projects—and revitalizing of surrounding neighborhoods—is taking place in cities of all sizes, such as Fulton Market in Chicago; downtown Kansas City, Missouri; Austin, Texas; and the RiNo neighborhood of Denver, Colorado. 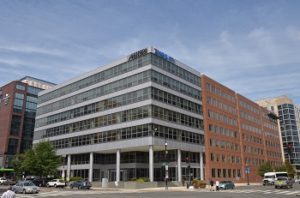 The Capitol Riverfront neighborhood is bordered by Capitol Hill, Navy Yard, and the Washington Nationals stadium. The building is within easy walking distance of the stadium as well as the neighborhood’s numerous eateries, hotels, parks and residential buildings. But the factor that turns all those nice-to-have amenities into a practical location is the Metro station.

Completed in June of 2017, the building is already fully leased. In fact, it was 94% leased by opening day. Major tenants include WeWork, the shared and private office provider, which has a 15-year, 68,673-square-foot lease; defense services provider General Dynamics Information Technology, which has 28,035 square feet at the building, and environmental non-profit Vermont Energy Investment Corporation, with 12,592 square feet. 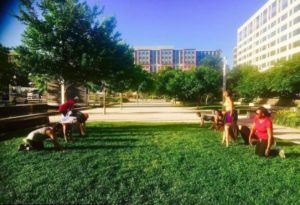 “80 M Street is in a location with exceptional benefits, including transit access and the many amenities the Capitol Riverfront neighborhood has to offer,” said Nelson Mills, President and CEO of Columbia Property Trust. “Through our strategic redesign, we have added to that positioning to create a building that is unmatched in the submarket, as evidenced by the continuing leasing success we’ve had since introducing the renovation designs late last year.”

For the renovation of 80 M Street, Columbia chose an open, collaborative plan with design influenced by the area’s heritage as a U.S. Navy shipyard and the unique vitality of the Capitol Riverfront neighborhood. Working with local D.C. firm Wingate Hughes as architect and designer, Columbia made dramatic upgrades to the building’s entrance, including a brand new facade with floor-to-ceiling glass, which allows natural light to flood the interior and creates a more welcoming environment. The main lobby’s unpolished concrete floors are etched with lines representing the southeast D.C. streetscape map, giving it a chic, modern feel. 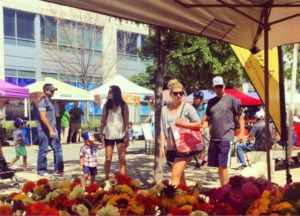 The creation of a hospitality-inspired tenant lounge, with sleek grey accents and modern furnishings in communal setups, encourages socializing outside the traditional office space. The wood slat ceiling of the tenant lounge features the U.S. Navy fight song in Morse Code, a nod to the area’s historic roots. The adjacent outdoor terrace with patio seating is connected to the tenant lounge by a large, garage-style door, in line with the neighborhood’s industrial aesthetic. The building also boasts updated elevator lobbies and restrooms, and Columbia is remodeling the onsite fitness facility.

“Our 80 M Street design transforms the space into a true neighborhood building,” said Gavin Hughes Daniels, co-founding principal of Wingate Hughes. “80 M’s tenants can now expand their work into surrounding community areas that are so attractive and approachable they look like the latest must-see neighborhood hot spots, not an office building. In a city with such ties to the community and its citizens, 80 M Street is well positioned to contribute to the entire District and its values.”

Bert Gregory, a partner with the architecture firm Mithun, which designed the new Weyerhaeuser headquarters and is working on apartments in the Spring District of Bellevue, Washington, recalled a conversation a few years ago in which a developer told him that rail stops had replaced intersecting freeways as “100 percent” sure-to-succeed locations.

Noting the developer’s prescience, Mr. Gregory said he had recently realized that all of his active projects were within two blocks of transit lines. One of those includes turning the site of The Oregonian’s former printing press buildings into housing, as part of a mixed-used redevelopment project just outside downtown Portland.

“Transit is the nature of development interest and of developer focus today,” he said.

All photos courtesy of Capital Riverfront BID unless otherwise credited. Featured photo of Assembly station in Somerville Massachusetts by Pi.1415926535 via Wikipedia.