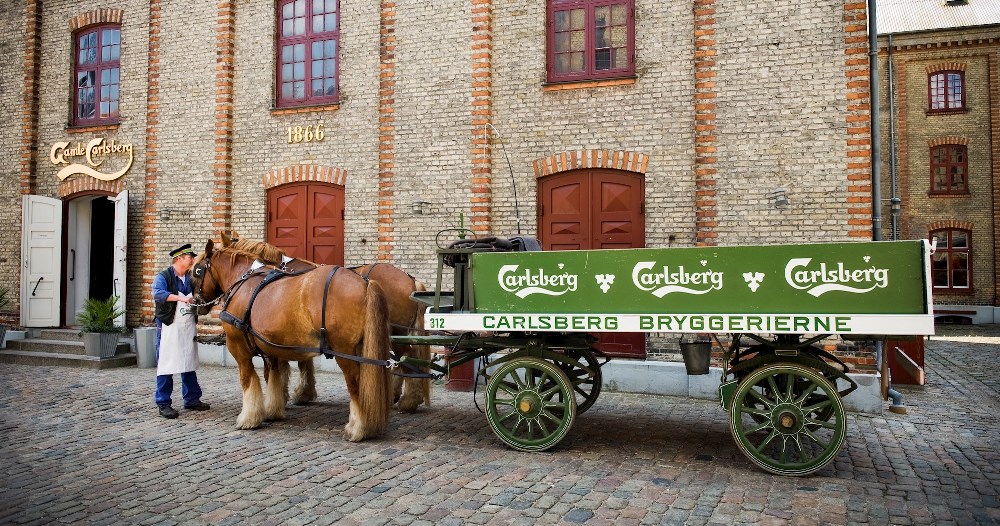 The Carlsberg Brewery production plant in Copenhagen, Denmark was closed down in 2008. The former industrial site–which is renowned for its rich architectural legacy–has been re-emerging as a new sustainable city district: a dense city structure with attractive urban spaces, public transport, a university campus, and new buildings that complement the existing historical structures. 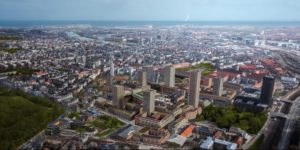 Two Danish architectural firms, Holscher Nordberg and Schmidt Hammer Lassen have been chosen to design the redevelopment of the historic site. Development company Carlsberg Byen P/S has gathered the design team that will be in charge of the project, which is just one part of this new city district’s regeneration.

The redevelopment will be located close to the iconic Elephant Gate and two new urban plazas. Consisting of both a city block and an 80 meter-high tower, the total building area is approximately 36,000 square meters including residential, commercial and retail areas, including cafes and restaurants. 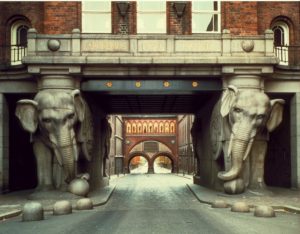 “There are many parametres coming into play at this unique site in Copenhagen. The new building is part of the special historical context of Carlsberg, with its close proximity to the Elephant gates, where it will form a link between the two main public squares, Ottilia Jacobsen Square and Bryggernes Square. The location, with historic neighbours and a sloping terrain, creates an exciting and technical challenge. At the same time, the tower will rise above Carlsberg City and become part of Copenhagen’s new skyline, thus becoming a reference point that both historically and physically will help tie the city together“, says Schmidt Hammer Lassen Senior Partner Kristian Ahlmark.

When completed in 2024, Carlsberg City will be a vivid and diverse neighbourhood for living, working, learning and socialising. Daily commutes to and from the district will be primarily human-powered thanks to a vast network of bicycle paths, and a new modern commuter railway station, which is expected to become one of the busiest in Copenhagen. Modern and sustainable developments will mix with listed buildings. Shops and offices will integrate with housing, educational and daycare centres. In total, the development will offer over 3000 new homes available at various price levels, whilst 10,000 students have already begun their first semester at the new UCC Campus Carlsberg inaugurated earlier this year. 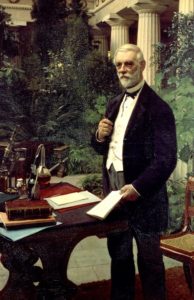 The former Carlsberg Brewing site, in the heart of Copenhagen, had a proud 160-year-old tradition of beer making. The Carlsberg Group was founded in 1847 by Carlsberg was founded by J. C. Jacobsen, a philanthropist and avid art collector. With his fortune he amassed an impressive art collection which is now housed in the Ny Carlsberg Glyptotek in central Copenhagen.

The first brew was finished on November 10, 1847, and the export of Carlsberg beer began in 1868 with the export of one barrel to Edinburgh, Scotland. Some of the company’s original logos include an elephant, after which some of its lagers are named, and the swastika whose use was discontinued in the 1930s because of its association with political parties in neighboring Germany. The company’s flagship brand is Carlsberg Beer (named after Jacobsen’s son Carl), but it also brews Tuborg, Kronenbourg, Somersby cider, Russia’s best-selling beer Baltika, Belgian Grimbergen Abbey beers, and (reportedly) over 500 local beers.

Over the next 10-15 years, the historical Copenhagen site of their first brewery is intended to become one of the most sustainable urban districts in the world. It will include retailers, educational institutions, private apartments, sports venues, cultural centers and offices.

All photos courtesy of the Carlsberg Group, unless otherwise noted.