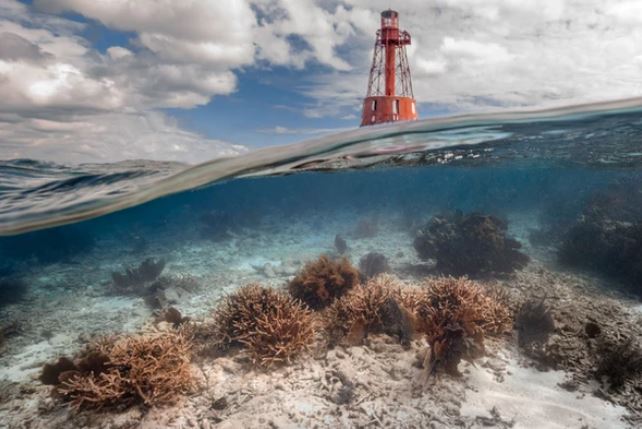 In Florida on June 25, 2021, the Coral Restoration Foundation was awarded a grant of just under $2 million by United Way of Collier and the Keys (UWCK) to expand their regenerative work at Carysfort Reef off northern Key Largo over the next five years.

This competitive grant is part of UWCK’s Revitalizing the Florida Keys through Reef Restoration and Beyond initiative, with support from the United Arab Emirates. This funding was the first significant investment in restoration work on sites covered by Mission: Iconic Reefs; one of the largest reef restoration efforts in the world.

The Coral Restoration Foundation will secure a one-to-one match of the awarded funds, culminating in almost $4 million for their restoration efforts.

UWCK’s goal is to revitalize the coral reefs—vital to the Florida Keys economy—while supporting sustainability through education. “For a community that is highly dependent on its natural resources, this is a pivotal moment, with United Way and partners beginning this work for the benefit of generations to come,” says UWCK President and CEO Steve Sanderson.

According to Scott Winters, Coral Restoration Foundation CEO, “Mission: Iconic Reefs and this significant investment in the plan by UWCK and the UAE are testaments to all our achievements of last few years – especially at Carysfort Reef. But this work is about much more than just reef restoration. It’s about building socio-economic resiliency in our communities that rely on coral reefs. The economy of the Keys relies on a healthy coral reef to support tourism and the commercial fishery, but the process of restoring these reefs will also generate employment. Work on coral restoration at this scale is a catalyst for building community resilience by improving livelihoods and diversifying the local economy.”

Since the 1970s, coral reefs in the Florida Keys have suffered dramatic declines with nearly 90 percent of live corals lost. Bold and decisive action is required to change the trajectory of coral reefs in Florida, and to protect the economy that depends on them.

Through Mission: Iconic Reefs, NOAA, CRF™, UWCK, and other partners are undertaking a first-of-its-kind approach to restore corals at seven ecologically and culturally significant reef sites in the Florida Keys National Marine Sanctuary.