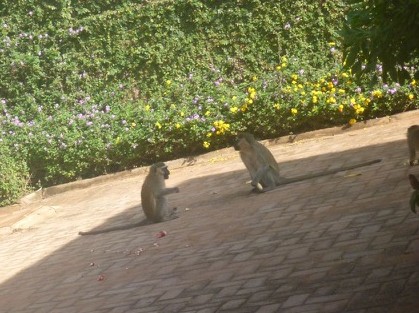 The Kampala (Uganda) City Council Authority is in the process of embarking on planting trees in Kampala, with a high target of planting 500,000.

The species are yet to be determined, as this has to be elaborated by the Landscaping Unit of the city authority. The planting of trees is part of an effort to ‘green’ the city, where greening was initially conceived as getting more tree coverage in a city that is already considerably green.

But greening has been expanded to include low carbon development and institutional energy balancing by the City authority. The loss of trees is occurring at an alarming rate, especially on hilltops and lowland areas in this tropical landscape known for dense vegetation and tree canopy. The city is located in an area that previously had natural land cover dominated by tropical rain forests that were habitat for primates. The remnants of these forests still accommodate primates, but these animals have moved or have been killed through time as built up areas intensified.

There is little consideration of biodiversity as a component of residential urban spaces, yet we know that trees and animals exist in these spaces. It is also known that enhancing these spaces with urban forestry can pave the way for a return of animals if the forests measure up to habitats for such species. The return of animals such as primates and other medium sized animals redefines the urban space and can be a practical strategy for living in harmony with nature in cities such as Kampala.

The greening activity is part of the effort to build climate resilience in the city, which has been envisaged to have multiple benefits. Green cover would enhance aesthetics, reduce common flash floods through increased infiltration, and sequester greenhouse gases. But one unforeseen possibility of the greening program is the return or increase of the primate population in the city as habitat is re-created.

The return of primates has ecosystem co-benefits down the food chain, including increases in protein-rich insects, pollination, seed dispersing and ecosystem productivity.