Craft beer and distillery locations can serve as a key to revitalizing downtowns and municipalities that are eager for new businesses and increased foot traffic from both local and regional residents. This has certainly proved true in Frederick County, Maryland. 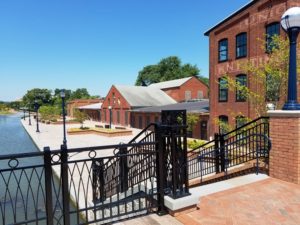 The revitalization they already helped drive in downtown Frederick is now spreading to smaller downtowns through the surrounding area.

The distillery hasn’t even had its grand opening yet, but has already put the building blocks in place to work with other downtown establishments in building a relationship.

These craft establishments “help bring a demographic that we may not otherwise have come to downtown,” said Mount Airy town Councilman Jason Poirier. “They increase foot traffic and are beneficial to the other businesses because often times [customers] will go eat at a downtown restaurant, or they’ll go to another shop downtown after they leave the distillery or brewery.” 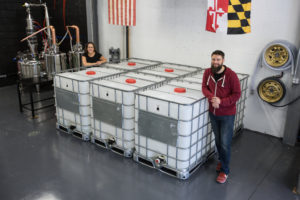 In these days of sterile, generic, hyper-commercial “new urbanist” developments, with their ubiquitous franchise chains, local brewers and distillers bring uniqueness and authenticity to the revitalization formula.

“I think that’s what all distilleries or breweries have the potential to be. You bring something that is unique to that town only,” said MISCellaneous Distillery co-owner Dan McNeill.

”Breweries are often a great opportunity for adaptive reuse of existing buildings with local history,” said Brunswick city Councilwoman Angel White. “Certainly that’s the case with Smoketown Brewing Station being located in our old firehouse. It links the past to the future and appeals to multiple generations.”

“Breweries, distilleries and vineyards are playing a beneficial link to revitalization because of the diverse demographics they attract,” said Vickie Grinder, Thurmont’s economic development manager.

Middletown‘s Burgess John Miller adds, “Those establishments bring a lot of foot traffic and have the potential to make a town a daytrip destination, which is appealing for us.”

See full article by Adam Etzler in the Frederick News-Post.