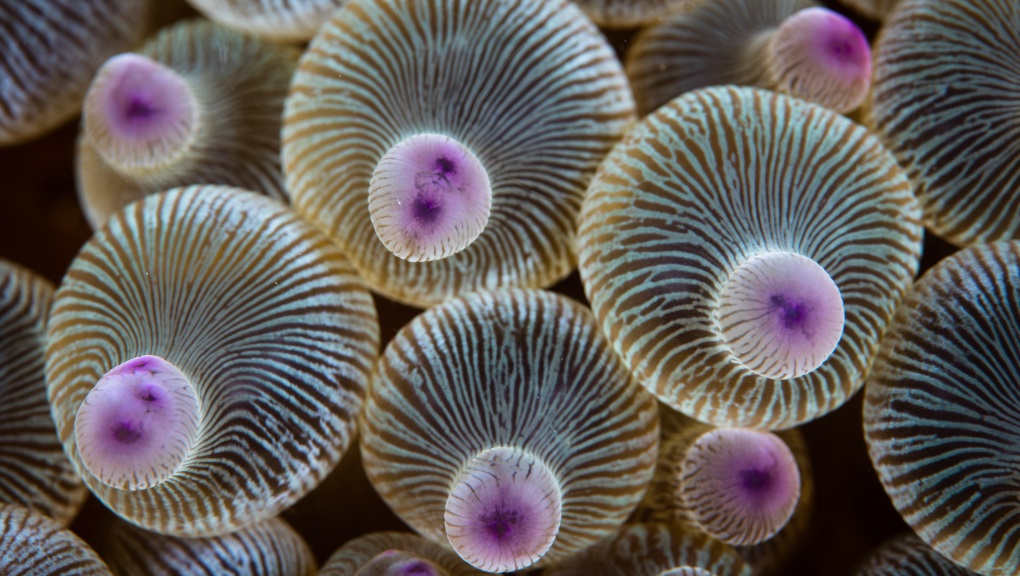 For over a decade now (as previously reported here in REVITALIZATION), China has been conducting a “land reclamation” program in and around the South China Sea that amounts to the largest organized destruction of coral reefs, mangrove forests and commercial fisheries ever seen on the planet. 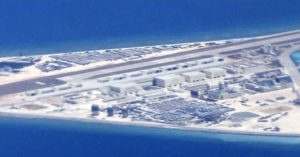 Planned military base on former vibrant, mostly-submerged reef in the Spratley group.

Some of this engineering work is to create new islands for military bases, while the rest is mostly focused on creating new real estate for commercial and industrial development. Not all of the work is actually done by China, but even those projects run by other countries in the region are usually financed by the Chinese government, or by Chinese banks.

Fishing economies throughout the region are already being heavily damaged, and they will see much further decline in the decades to come as the impact of the loss of crucial breeding grounds ripples through the various ecosystems.

Now, a restorative glimmer of hope has emerged. China’s Ministry of Natural Resources has announced that they are starting to ecologically restore some of the reefs they have drowned under massive amounts of sediment from the “land reclamation” construction.

We put “land reclamation” in quotes because there’s no reclamation involved. Just as we’ve done here in the for over a century with our Bureau of Reclamation, the Chinese use the term imply that nature somehow stole this land from us, and we are only reclaiming what’s ours. If we were talking about restoring shorelines lost to climate change-driven sea level rise, that might be justified, but no such scenario exists here: it’s outright plunder, and nothing more.

The Chinese aren’t doing this restoration out of any sense of moral responsibility: it’s being forced on them. In July of 2016, an international tribunal ruled that China’s land reclamation and construction of artificial islands “had caused severe harm to the coral reef environment,” and that they had “violated its obligation to preserve and protect fragile ecosystems and the habitat of depleted, threatened, or endangered species” and “inflicted irreparable harm on the marine environment.”

As a result, facilities to protect and recover coral have been established on Fiery Cross, Subi and Mischief reefs, the three biggest of China’s seven artificial islands in the Spratly group.

The restoration efforts are taking a “natural recovery” approach to help the reefs repair themselves complemented by artificial methods, and techniques developed especially for the Spratlys.

In 2015, China’s State Oceanic Administration said construction did not alter the health of the Spratly Islands’ ecosystem, but it suggested planting, repairing and transplanting corals after construction.

Between 2013 and 2016, Chinese civil engineers dumped millions of tons of dredged sand on top of healthy, barely-submerged healthy reefs, turning them into above-water, some as large 558 hectares (1379 acres).

Ownership of the Spratlys is contested by Vietnam, the Philippines, Malaysia, Brunei and Taiwan, and the Chinese construction project sparked international criticism over environmental damage long before the tribunal ruling. Marine biologists—such as the University of Miami‘s John McManus—have said that the Chinese projects were “kills basically everything”.

Beijing hilariously claimed in 2015 and 2016 that their reef destruction projects were “green”, and that the reefs had actually been destroyed by “natural causes and overfishing” long before their bulldozers, dynamite and dredgers arrived.

But January 1, 2019, the Ministry of Natural Resources said that ecological protection and restoration was now part of their mission. “To protect the coral ecological system is the key to ensuring the ecological security of the Spratlys as well as the entire South China Sea,” the ministry declared.