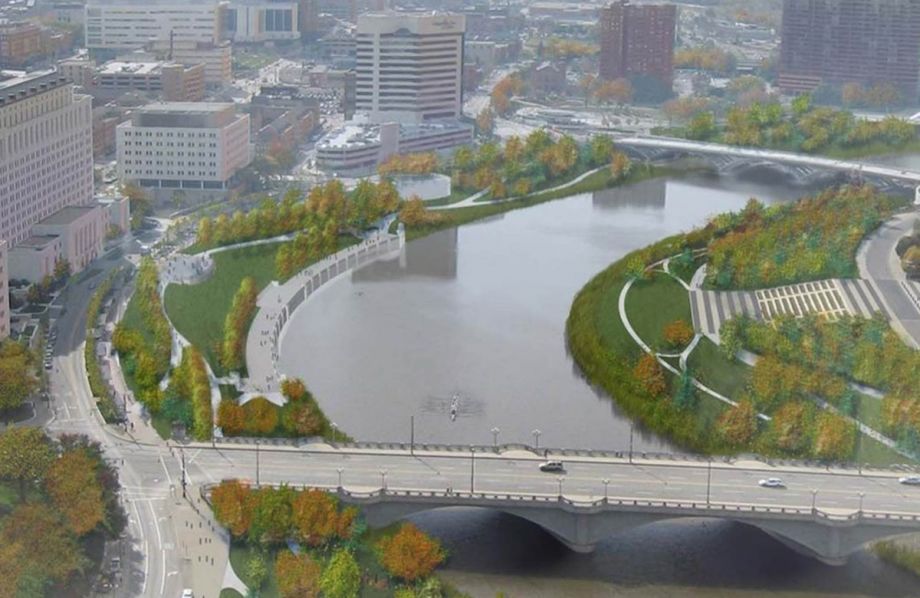 Columbus, Ohio, is not known as a hotspot for arts, culture, nightlife and entertainment, but that might just be because not enough people take the time to get off Interstates 70 or 71 and explore the city.

It has lively cultural districts, great restaurants and a happening arts scene in its Short North neighborhood, not to mention a gorgeous former movie palace right across from the state capitol that has been transformed into a performing arts center. And that’s just for starters.

But something was missing from the mix: a downtown that didn’t die at 5 p.m. All the life in Columbus lay just beyond the loop freeway that encircles the downtown.

The city’s business and civic leaders have spent the last 40 years trying to fix that, and at last, their efforts have paid off thanks to a jigsaw puzzle of redevelopment projects.

Key to the effort has been subtracting steel and concrete and adding grass and trees — greenery that in turn has produced more steel, concrete and brick in the form of new and renewed office and apartment buildings that have nearly tripled Columbus’ downtown residential population.

The latest piece of the revitalization puzzle to fall into place is one that gave Columbus its river back: the removal of a dam that had blocked the free flow of the Scioto River for 90 years.