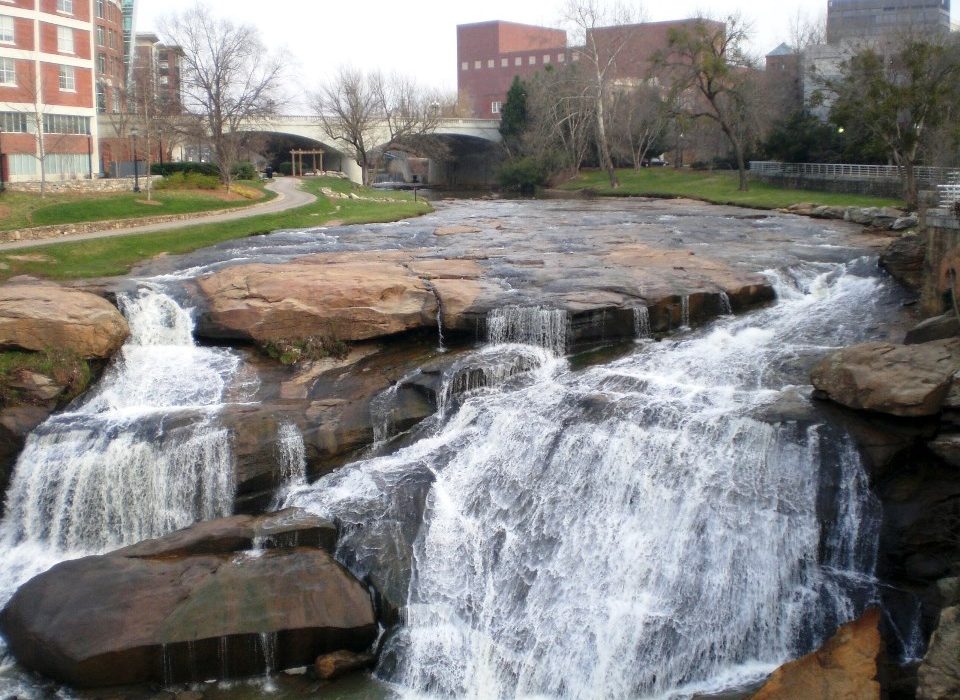 The land that Greenville, South Carolina sits on was once the hunting ground of the Cherokee, and was forbidden to colonists. But Richard Pearis, wealthy settler from Virginia, arrived around 1754, and had a business trading with the Cherokee.

Pearis had a child with a Cherokee woman, and received approximately 100,000 acres (40,000 hectare) from the Cherokee around 1770. Pearis established a plantation on the Reedy River, which is the current location of downtown Greenville.

This city of 670,000, a onetime hub for textile and apparel production, seems to have found the answer to the question confounding the U.S. right now: How do you revive postindustrial towns and make them part of the knowledge economy?

After World War II, Greenville’s economy surged with new downtown stores and the expansion of the city limits. Furman University doubled its student populatio, and other higher education facilities—such as Bob Jones University in 1947 and Greenville Technical College—were established in Greenville.

Through a combination of losing jobs in the declining textile industry, and losing downtown businesses to badly-planned sprawl, the economy of Greenville in general—and downtown in particular—waned in the 1970s. Mayor Max Heller was in office from 1971 to 1979. He triggered the revitalization of the downtown by establishing the Greenville County Museum of Art and the Hughes Main Library. That revitalization was accelerated when Main Street was shrunk to two-lanes, making the downtown more pedestrian-friendly by adding trees and wider sidewalks.

The scenic downtown riverfront now features a park bordered by a mixed-use development, a waterfall, and a pedestrian bridge. “Twenty years ago, you didn’t want to go downtown,” says David Condrey, who started a data management and security software business with his wife, Mary, in 1998. Now “we have people that live downtown and walk to work.” The couple bought a historic downtown building and renovated it into a Silicon-Valley-style workspace with exposed brick and beams. 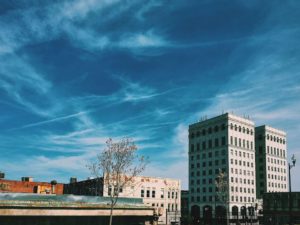 Some elements of downtown Greenville’s rebirth aren’t easy to replicate, such as those decades of political commitment to creating a community that’s appealing to college graduates and high-skilled workers. The city also has access to technology and research talent from nearby Clemson University.

But Greenville’s culture of risk-taking and its network of investors who fund early stage businesses are within the reach of places like Danville, Virginia, 234 miles to the north. There, abandoned tobacco warehouses and textile mills attest to the difficulties the city faces in transcending its economic past.

But Danville is closely following Greenville’s revitalization playbook. Authorities there have spiffed-up their River District, and their downtown tobacco warehouses have been repurposed as residential and retail space, some of them on charming cobblestone streets.

Photo of Falls Park on the Reedy by Marc Averette via Wikipedia.