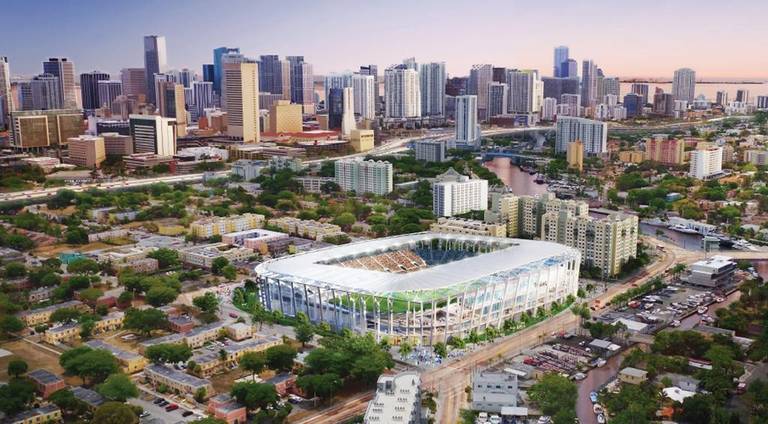 Now, in Miami, British-born David Beckham has a decidedly un-American idea: no cars, no bribes, no corporate handouts. It’s an urban soccer stadium with no parking, and no public subsidies. What a concept.

“We’re going to be encouraging the use of Metromover, Metrorail, water taxis, ride-sharing,” said Spencer Crowley, a lawyer and lobbyist representing Miami Beckham United in its talks with Miami-Dade to buy a parcel needed for its nine-acre stadium site near the Miami River. “We view this as a paradigm shift for the county as to how people get to large events.”

To address parking concerns, Tim Leiweke, Beckham’s top negotiator, unveiled a strategy he said would help keep cars away from the stadium area. He said the team plans to arrange for a dinner-cruise boat to deliver fans to the Miami River a few blocks away, and would arrange for shuttle buses from parking garages in Miami. The team plans to secure at least 2,000 spaces a game, he said. The main focus would be on the nearby Metrorail station, with the Beckham group relying on soccer’s tradition of fans “marching” to the game.

John DeLeon, a Spring Garden resident, argued soccer could help Overtown lead the way in embracing public transit. “It’s going to help redefine who we are a community,” he said. “We’re going to be a pedestrian community.”

Miami Beckham United would own its stadium site, and is not pursuing the county subsidies pledged to Miami-Dade’s exiting three professional sports teams. “Every penny spent will be ours,” Leiweke said.