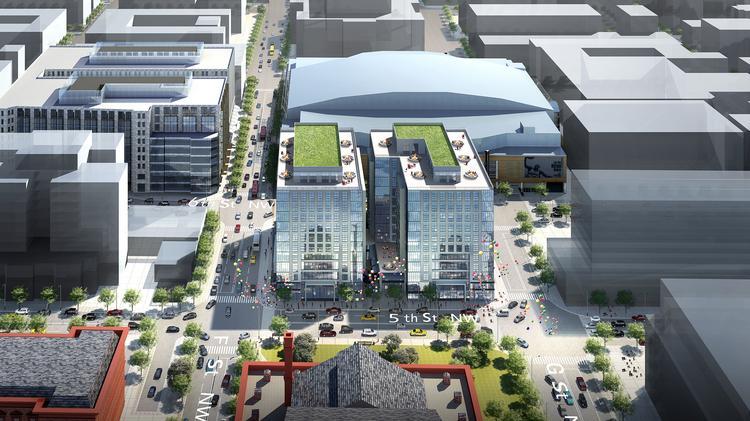 On February 11, 2020, the Washington Metropolitan Area Transit Authority (WMATA, aka: “Metro”) announced the selection of Stonebridge and Rockefeller Group to redevelop its downtown Washington, DC headquarters site, the Jackson Graham Building (JGB), in the heart of the District’s Gallery Place commercial and entertainment area.

“The redevelopment of the Jackson Graham Building site leverages a prime piece of real estate, in a highly sought-after area, that will benefit Metro for decades to come,” said Metro General Manager/CEO Paul J. Wiedefeld.

“This agreement, combined with Metro’s investment in new office space at L’Enfant Plaza, New Carrollton and Alexandria will also spur economic growth and revitalize the communities we serve,” he explained.

The redevelopment will reposition the building—keeping the current Jackson Graham Building (JGB) structure—and reimagine it as a mixed-use commercial development, including the addition of three floors to the structure.

The deal will generate long-term revenue for Metro through annual payments over the term of the 99-year ground lease agreement.

“We look forward to working with WMATA and the Stonebridge-Rockefeller team as they deliver a dynamic project that we trust will be the next great landmark in the heart of the Nation’s Capital,” he continued.

Stonebridge and Rockefeller were chosen out of 14 highly competitive proposals, exceeding the initial valuation range of $75-$125 million for the site.

“This opportunity is extremely rare in the D.C. market, in terms of location and scale, and the ability to improve on an existing use rather than demolish and rebuild,” said Douglas M. Firstenberg, a Principal of Stonebridge.

“We are looking forward to collaborating with Rockefeller Group and Metro on a project that will create substantial value and community benefits for many years to come,” he added.

The joint development was presented to Metro’s Board of Directors, and received their approval.

“Rockefeller Group is very proud of our team’s selection by Metro and honored to pursue this once-in-a-generation opportunity with Stonebridge,” said Hilary Allard Goldfarb, senior vice president and head of development for Rockefeller Group in the Mid-Atlantic region.

“Together, we share a commitment to the added value of outstanding design, and the creative implementation of mixed-use projects. This opportunity furthers our goal to grow an impactful, lasting development business in Washington D.C.,” she continued. 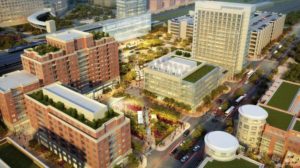 The plan would add two new building sites in front of the station creating a more attractive, walkable community connected by one of the region’s largest transit hubs with access to Metro, Amtrak, MARC, Greyhound and the new MTA Purple Line.

“We are looking forward to becoming home to WMATA, as they prepare to break ground on their new headquarters. New Carrollton, the number one multi-modal transportation hub in the State of Maryland, is a wonderful representation of the economic renaissance that is occurring in Prince George’s County,” said County Executive Angela Alsobrooks.

“WMATA joins Kaiser Permanente, which opened its headquarters last year, and it joins the Urban Atlantic Development, which will bring quality entertainment, dining and homes to a vibrant and growing community,” she added.

The planned changes will maximize development on the site, providing increased revenue potential and an expanded tax base for Prince George’s County, while generating new riders for Metro.

To accommodate the expansion, Metro would demolish the existing county garage and relocate the bus bays and surface parking lots on the south side of the station into a new 1,900 space parking garage and bus facility. Construction is currently underway on a new multi-family building and the area is home to Kaiser-Permanente, U.S. Internal Revenue Service, 2U, and the Maryland Department of House and Community Development.

Construction of Metro’s office building is expected to begin at New Carrollton in Fall 2020, with completion by early 2023.

The New Carrollton office is part of Metro’s office consolidation plan that will save $130 million over the next 20 years by reducing the number of office buildings from 10 to 4, including a new DC Headquarters at L’Enfant Plaza and a new office building near the Eisenhower Ave. Metro Station.

Metro put its DC headquarters site on the market for a long-term ground lease last year. The building, which is more than 45 years old, has never undergone a major renovation, lacks fire suppression systems and does not meet current ADA standards. Some critical components of the plumbing, electrical, heat and air conditioning systems date back to the building’s original construction and cannot remain in service much longer.

The agreement with Stonebridge and Rockefeller to redevelop the JGB site is expected to close in early 2023 after Metro relocates to its new L’Enfant Plaza headquarters and regional offices.