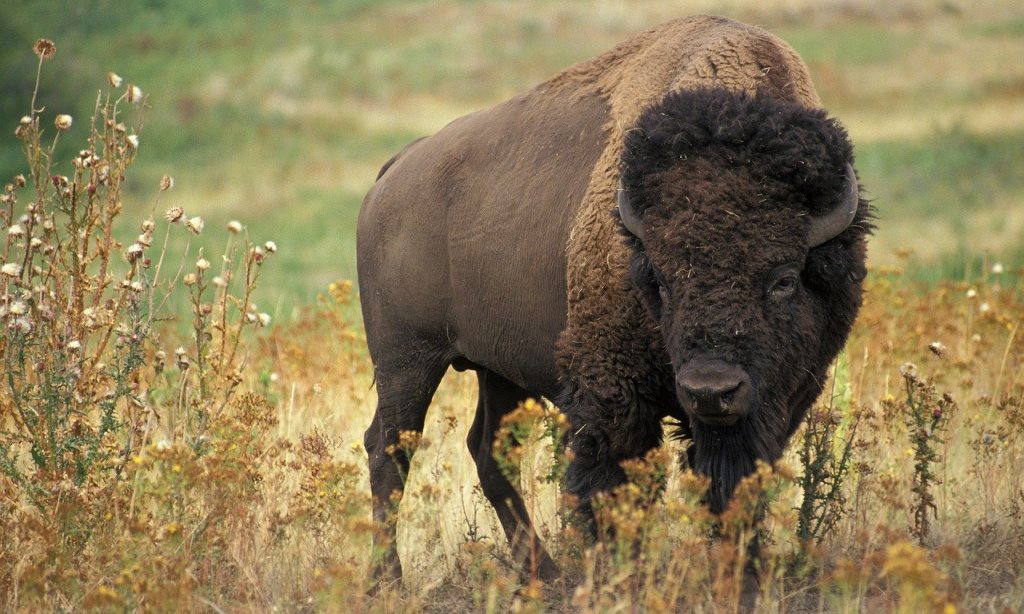 Conservation groups, Native American tribes, federal bison managers and local producers have joined together in recent years to continue to make progress in the restoration of this species, which once numbered in the millions and was distributed across much of the continent.

Recent collective efforts include restoring new conservation herds of wild bison on Tribal and public lands, expanding these areas over time to allow for larger herds, conducting scientific studies, and engaging the public in educational and volunteer opportunities.

While more work remains (especially as related to connecting the successes [as documented in the 2020 book, RECONOMICS: The Path To Resilient Prosperity] to conserve wild bison herds at an ecologically significant scale, this commemorative day is intended to celebrate the milestones of such unified efforts, and to signify the role bison have played in the history and ecology of North America.

“The prairie evolved with the bison and the bison with the prairie. We’ve gone from the near total destruction of our national mammal to bringing bison back to the Great Plains. Through our collective acts of world-class conservation, Americans have recovered bison to Tribal lands, national parks and wildlife refuges, with more to come,” said Jamie Rappaport Clark, president and CEO of Defenders of Wildlife (Defenders).

Many Buffalo Nations across the plains, along with the InterTribal Buffalo Council and partners such as Defenders, have been creating cultural herds on Tribal lands, bringing back this sacred animal to Native American communities.

“We are all elated that this magnificent animal has been recognized here amongst the people of this great country. And now through the recognition of National Bison Day, this animal can once again speak for itself, and stands tall, Indian Country stands tall with the buffalo,” said Mark Azure, former president of the Fort Belknap Indian Community Council and former buffalo manager.

Defenders has long played a role in helping bring back buffalo to the Blackfeet Nation, the Aaniiih and Nakoda Tribes of Fort Belknap and the Assiniboine and Sioux Tribes of Fort Peck, supporting the purchasing of grazing leases for additional acres for the bison to roam, purchasing wildlife-friendly bison fencing, and supporting the transfers of Yellowstone bison from the national park to Fort Belknap and beyond to Tribal nations across the west.

“I’m so proud of the role the Fort Peck Tribes have played in bringing buffalo back. Since we welcomed back the first Yellowstone buffalo, we’ve seen the ecosystem revive. Grassland birds have returned, native grasses are thriving,” said Robert Magnan, director of the Fort Peck Tribes Fish and Game Department and buffalo program.

Federal herds such as at Yellowstone, Badlands, Theodore Roosevelt and Wind Cave National Parks—coupled with Tribal herds as well as herds on dedicated reserve lands—all contribute to the collective conservation goal: to create a metapopulation of wild bison, returning this species to the plains, stretching from Canada to Mexico.

For example, the American Prairie in Montana and Southern Plains Land Trust in Colorado, both have herds managed as wildlife, which are once again contributing ecologically to our prairie grasslands.

Thanks to the efforts of these partnerships, today there are roughly 500,000 bison across North America. Defenders is honored to play a part in the repopulation of this iconic species.

This article by Chamois Andersen originally appeared on the website of Defenders of Wildlife. Reprinted here (with minor edits) by persmission.