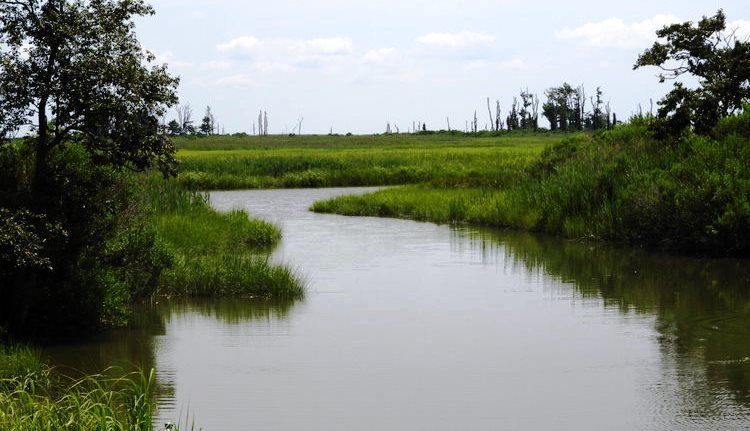 For the first time in history, dedicated federal funding to Delaware River Basin states was secured through the Subcommittee on the Interior, Environment, and Related Agencies Appropriations omnibus bill in the amount of $5 million for the Delaware River Basin Restoration Program (DRBRP). 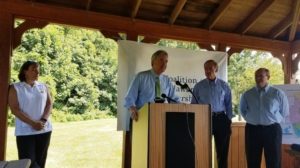 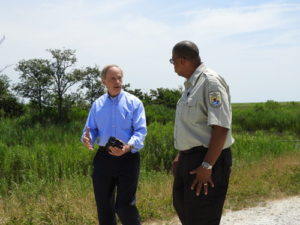 “The Delaware River Basin is a vital resource to the First State and its neighbors. It contributes $25 billion to our region’s economy and supports thousands of jobs in the maritime, agriculture, tourism, hunting, fishing and wildlife industries throughout our local communities. That’s why I’m so thrilled that the Delaware River Basin Restoration Program is being funded to further invest in the protection and preservation of this ecological treasure,” added U.S. Senator Tom Carper, Ranking Member of the Environment and Public Works Committee. “This program, which was created by the Delaware River Basin Conservation Act – my bill with Senator Chris Coons and then Congressman John Carney – will ensure the basin gets the support it needs so Delawareans can enjoy its benefits for generations to come.”

The Delaware River Basin encompasses portions of Delaware, New York, New Jersey, and Pennsylvania, and supplies over 5% of the U.S. population; over 15 million people. The Delaware River is the only water source to provide drinking water for two major U.S. cities—Philadelphia and New York City—as well as Wilmington.

In Delaware, the basin is an economic engine that must be protected, as jobs directly associated with the Delaware River Basin, such as fishing, recreation, tourism, water/sewer construction, water utilities, and ports, employ 15,737 people, earning $340 million in wages. In Delaware, the basin covers about 50% (965 square miles) of the land area yet includes 74% of the state’s population. 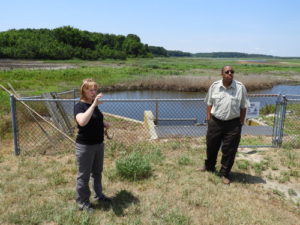 “Congress has acknowledged the environmental and economic importance of the Delaware Basin by including $5 million for the Program for the first time in history,” said U.S. Senator Chris Coons, the first Delaware Senator in more than four decades to serve on the critical Appropriations Committee. “In Delaware, this funding will directly impact our local communities for the better by leading to cleaner water, more green space, and increased wildlife habitat.”

The DRBRP funding will go toward on-the-ground land and water projects aimed at addressing some of the state’s environmental issues such as conserving and restoring fish and wildlife habitat, improving and maintaining water quality, sustaining and enhancing water management and reducing flood damage, and improving recreational opportunities and public access in the Delaware River Basin.

“We are pleased to develop this important new grant program as the cornerstone for implementation of the Delaware River Basin Restoration Act,” said Dr. Deborah Rocque, Deputy Northeast Regional Director of the U.S. Fish and Wildlife Service. “The Act outlines a long-term vision for the environmental, economic, and social health of the Delaware River watershed. By getting these funds on the ground, we will strengthen the Delaware River Basin Restoration Program Partnership and move forward toward that long-term vision for the watershed.”

“The work that’s been done at Bombay Hook by Ducks Unlimited and its partners is thanks to funds from the U.S. Fish and Wildlife Service. Without federal funds, we would not have been able to create habitat for ducks, geese, and other migrating birds. Bombay Hook is a prime example of federal dollars going directly to improving the Delaware River Basin. We look forward to the Delaware River Basin Restoration Program continuing to play this critical role for the state of Delaware,” added Jake McPherson, Regional Biologist at Ducks Unlimited.

Using NAWCA grant funding, Ducks Unlimited enhanced 862 acres of emergent wetland pools that provide critical breeding habitat for amphibians and invertebrates, including salamanders and frogs. Ducks Unlimited also assisted the U.S. Fish and Wildlife Service in restoring 220 acres of forested wetlands which buffers erosive actions of waves and storms, improves water quality by retaining and transforming excess nutrients and sediment, and provides bird habitat such as breeding grounds and nesting sites. Bombay Hook provides food and resources for waterfowl and other migratory birds and is recognized as one of America’s 100 Important Bird Areas by the American Bird Conservancy.

“Delaware’s expansive coastal marshes, shoreline, agricultural lands and forests provide diverse habitats to many species and the Delaware River Basin Conservation Act funding is a great opportunity to invest in these natural resources here in Delaware,” stated Secretary Shawn Garvin of the Delaware Department of Natural Resources and Environmental Control. “Conserving and restoring fish and wildlife habitat, improving and maintaining water quality, and recreational opportunities will collaboratively build on the region’s reputation as having unique and beautiful natural resources that Delawareans and visitors alike can enjoy.”

All photos courtesy of Coalition for the Delaware River Watershed.