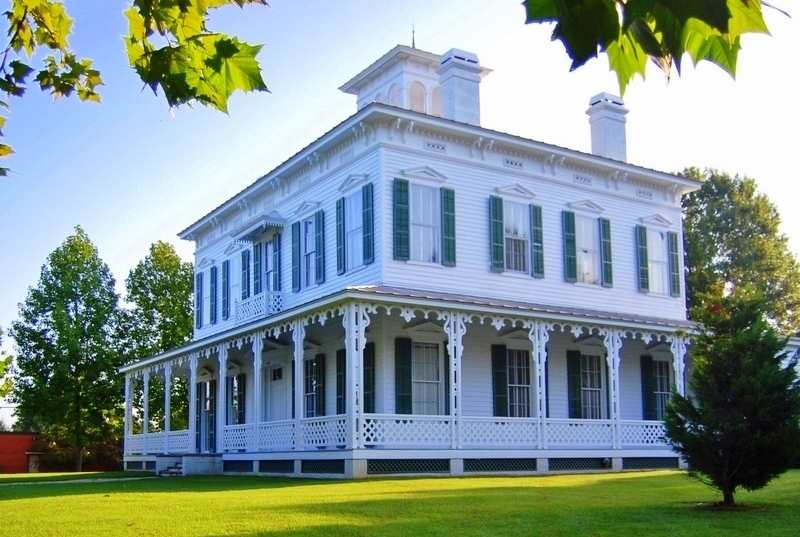 With the purchase of the Ordeman House in 1967, the Landmarks Foundation and City of Montgomery, Alabama cemented a unique partnership that has resulted in over 50 authentically-restored 19th and early 20th century structures stretching along six blocks in historic downtown Montgomery.

Since opening to the public in 1971, the Ordeman House has become the nucleus around which Landmarks’ Old Alabama Town has grown. Through this historic village, guests are able to view authentically restored and furnished buildings reflecting the lives of the people who built Central Alabama.

But, as with everywhere else, demolition happens. Sometimes it’s necessary, sometimes not. But either way, Landmarks has found a way for those razed structure to contribute to the restoration of more-fortunate buildings, and to the revitalization of the downtown in which they are located.

While they’ve been busy restoring and maintaining the historic structures nestled in Old Alabama Town—an authentic 19th century village located in the heart of Montgomery’s historic downtown—the Landmarks Foundation has created an innovative reuse project to complement its preservation efforts. 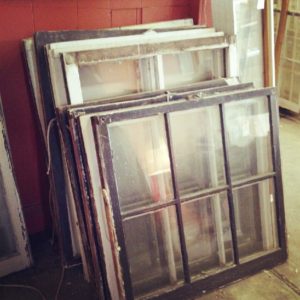 A sample of Rescued Relics’ inventory.Photo courtesy of the Landmarks Foundation.

During their decades of work, Landmarks has come across many interior and exterior later-added components that must be removed to accomplish an authentic restoration.

For those who have just completed a restoration project on a historic home, Rescued Relics accepts pre-1960s building materials and elements from other home renovators, contractors and remodelers. Such donations are tax deductable, as all proceeds directly benefit Landmarks/Old Alabama Town—a 501c3 non-profit organization. All funds raised are used to restore and maintain the historic structures at Old Alabama Town.

“We’ve got lots of items from structures that have been demolished or being demolished,” says Carole King, the manager of Rescued Relics and curator of the Landmarks Foundation. “That’s always sad for us but we like to recycle the pieces, so that the life of the building actually goes on.”

The shop is filled with pre-1960’s items like old style bathtubs, bathroom sinks, light fixtures, windows, doors and more. There are even old sewing machines, handmade seesaws and gas wall heaters. King notes the doors are some of the shop’s most popular items. Many customers convert them into tables or even headboards for beds.

Some of the more unique items that were once part of historic buildings in the area are also hot commodities. Windows from the now-demolished Montgomery Theater—built in 1850—are on display in the shop.

Rescued Relics, which currently has over 6000 items for sale, is located in the heart of the historic downtown that they are working so hard to revitalize.

Featured photo of the Ware-Farley-Hood House courtesy of the Landmarks Foundation.