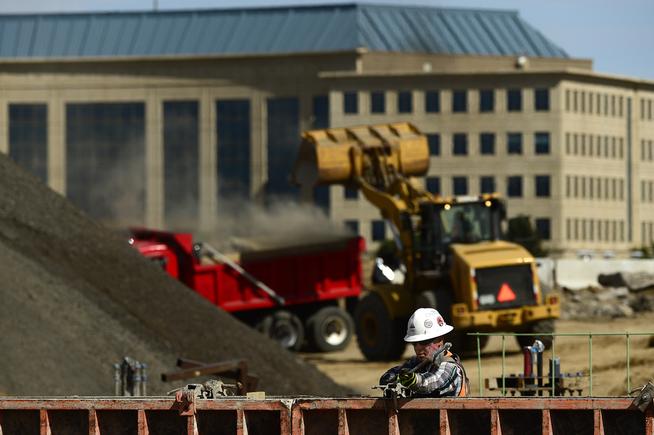 When light rail comes to the Interstate 225 corridor next year in Aurora, Colorado, it will veer off the roadway into a major commercial area and into what city leaders say will finally give them a real downtown.

There will be 10 street- level crossings alone in a small horseshoe area formed by Exposition Avenue, Sable Boulevard and Ellsworth Avenue when the light-rail track leaves the I-225 corridor. In all, there will be 20 at-grade crossings throughout the Aurora line.

Those crossings will instantly bring an urban flair, including traffic signals, crossing gates and light-rail trains whizzing through every 15 minutes in both directions.

Within that horseshoe are major shopping centers, including the Town Center at Aurora and Aurora City Place, as well as the Aurora Municipal Center, all within a few blocks from each other.

“It’s going to make this part of Aurora really an urban center, part of the overall transition of Aurora from a suburb to a city,” Aurora Mayor Steve Hogan said.

Light-rail lines in other parts of the country that have street-level crossings are mainly in urban areas. Portland, Ore., for example, has had light rail since 1986.

Not only did it revitalize downtown Portland, but it also brought new “postcard-worthy plazas” along the stops heading away from the city center that were vacant spaces or parking lots, said Dylan Rivera, spokesman for the Portland Bureau of Transportation.