The Chesapeake and Ohio Canal–usually abbreviated as the C&O Canal–operated from 1831 until 1924 along the Potomac River from Washington, DC, to Cumberland, Maryland. The canal’s principal cargo was coal from the Allegheny Mountains. 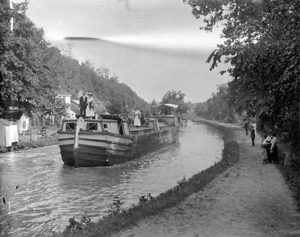 Rising and falling over an elevation change of 605 feet (184 meters), it required the construction of 74 canal locks, 11 aqueducts to cross major streams, more than 240 culverts to cross smaller streams, and the 3,118 ft (950 m) Paw Paw Tunnel. A planned section to the Ohio River at Pittsburgh, Pennsylvania was never built.

The canal is now maintained by the National Park Service (NPS) as the Chesapeake and Ohio Canal National Historical Park, with a trail that follows the old towpath.

In March of 2017, James Corner Field Operations, the urban design and landscape architecture firm behind such revitalizing urban projects as the High Line in New York City, the renovated Navy Pier in Chicago, the Underline in Miami, the Cleveland Public Square in Cleveland, the Battersea Roof Gardens in London, the Navy Yards Central Green in Philadelphia, the restoration of the Freshkills Landfill on Staten Island, and the Seattle Central Waterfront in Seattle has been selected by the non-profit Georgetown Heritage to design and plan the restoration and revitalization of a stretch of the historic C&O Canal in the Georgetown neighborhood of Washington, DC. 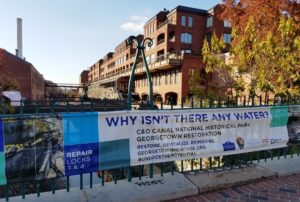 Working with the National Park Service and the DC Office of Planning, the Field Operations team will design a comprehensive master plan for a one-mile section of the Chesapeake and Ohio National Historical Park (C&O Canal NHP) to update the site from a historic location into a community asset.