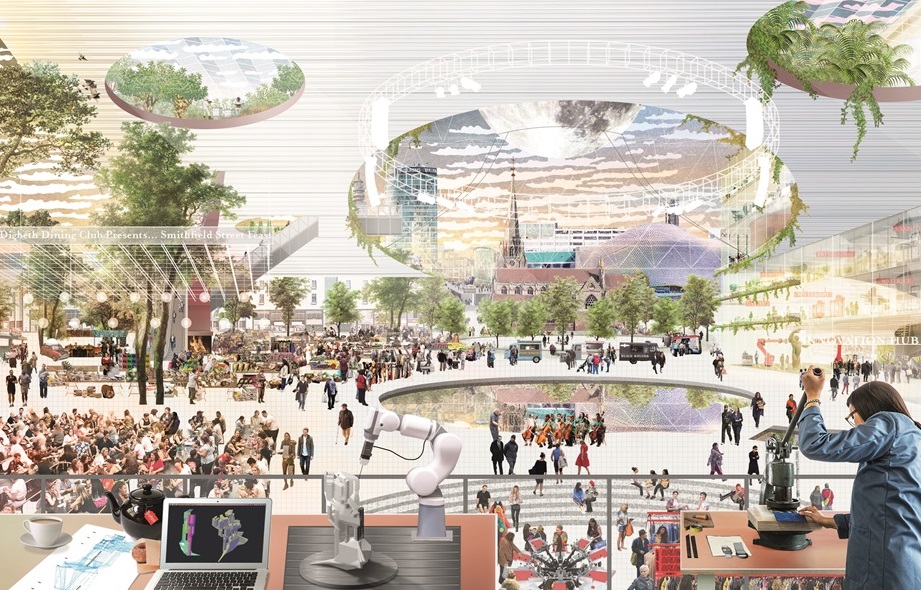 On January 17, 2020 a collaborative team led by David Kohn Architects won an international competition to design a new home for the historic markets in the heart of Birmingham, England. This is a massive, £1.5 billion urban regeneration project by Lendlease. 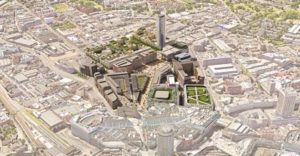 The jury, which included Birmingham City Council (BCC) Leader Ian Ward and internationally renowned architect Amanda Levete, felt that the winners were a team with great vision, collaboration skills and energy. The winning team inspired them with confidence that, in its hands, the new markets will become a revitalizing centerpiece for this redeveloped area of the city, and a memorable experience for both existing residents and new visitors to Birmingham.

The winning team comprises Birmingham-based Eastside Projects, located in Digbeth, alongside Todd Longstaffe-Gowan, Mark El-khatib, Charcoalblue, Price & Myers, WSP, Urban Space Management, Plan A Consultants and Max Fordham. Existing businesses in the area—and the wider community—will be invited to feed in ideas and to collaborate as the design process progresses.

The new markets will be the centerpiece of the £1.5 billion Smithfield development. It’s positioned adjacent to the Bullring and Digbeth, and a short walking distance from Birmingham’s existing New Street and future HS2 stations.

Councillor Ian Ward, Leader, Birmingham City Council said, “As anticipated, this competition attracted an incredibly high standard of skill and creativity, but the winner clearly stood out as the team to take this exciting project forward with a collaborative approach that I am confident will bring out the very best of our fantastic city.” 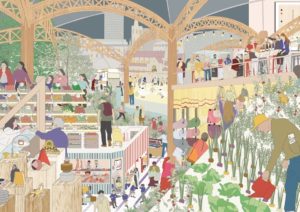 The winning team was chosen from more than 70 entries received from across the world in a strongly fought competition. Competitors were asked to submit sketches, images and diagrams that described the guiding principles that they would want to explore in the design of a market for Birmingham, and a single image or sketch that captured the spirit and character of the market that the team would like to create.

David Kohn Architects’ winning submission recognized the importance of capturing and sustaining the passion and energy of the current markets and the wider city. It also addressed the significance of the markets and traders to the wider city community, and the strength of opportunity offered by blending old and new.

Bek Seeley, Interim Managing Director, Development, Europe said, “This design competition has been an exciting process for all those involved. We believe the team will work collaboratively with the existing community and traders, as well as Birmingham’s creative talent, to create a new market that respects the city’s heritage while also looking to the future.” 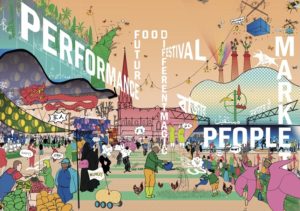 As well as a new markets building, the Smithfield development will deliver a significant family leisure and cultural offer, a new public square, integrated public transport and more than 2,000 homes with a public park and community facilities.

David Kohn, Director, David Kohn Architects exclaimed, “We are absolutely delighted to be working with Lendlease, Birmingham City Council and the wider community on such an important project for the city. Smithfield has been the productive centre of markets and makers since the foundation of Birmingham and integral to its success as the ‘City of a Thousand Trades’. We are looking forward to working with local businesses and communities to explore the future of markets and the city through this unique legacy.”