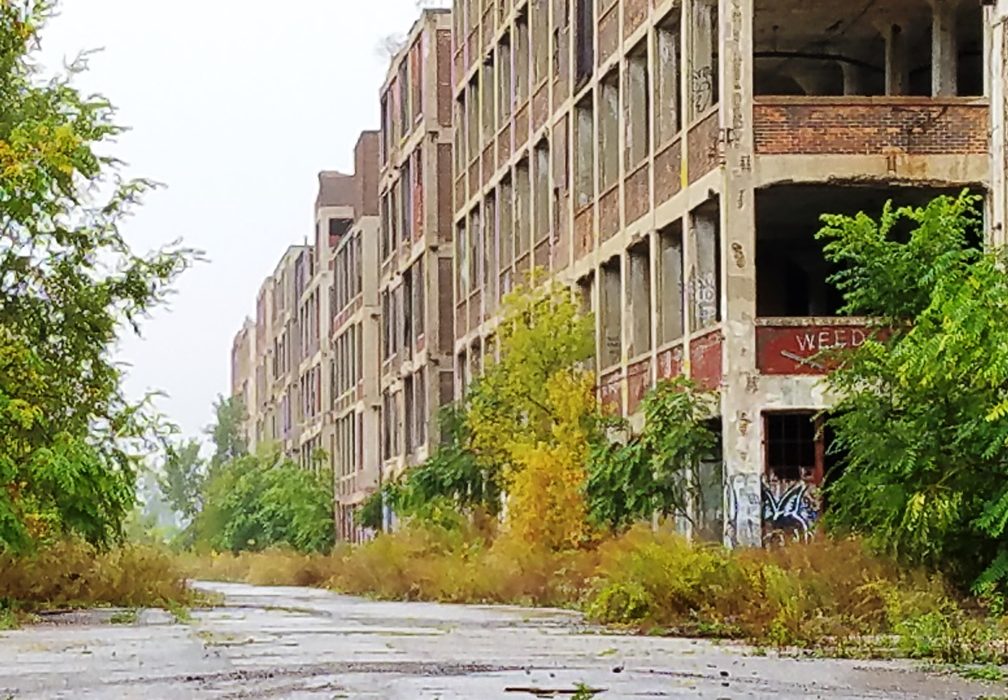 On October 24, 2017, the Detroit City Council voted unanimously to approve a $125 million bond program requested by Mayor Mike Duggan to revitalize many of the city’s outdated commercial business corridors.

“Thanks to City Council’s unanimous support of this program, neighborhoods across the will be seeing significant investment and physical improvements,” said Mayor Duggan. “This is a great day for our city.”

By making the business districts more attractive and pedestrian-friendly, the city aims to recapture some of the estimated $2.6 billion in spending Detroit residents do annually in surrounding communities, according to a study soon to be released by the Detroit Economic Development Corporation (DEGC).

Approximately $80 million of the bond revenue would fund major infrastructure improvements along the city’s key commercial corridors, such as Livernois-McNichols, West Vernor and East Warren.

The other $45 million will complement existing road funds to improve 300 miles of city roads and replace hundreds of thousands of broken sections of sidewalk across the city. Corridor improvements would include landscaping and reconfiguring traffic lanes to add bike lanes, improved street parking and in some cases wider sidewalks to allow for outdoor café seating.

The bond sale must next be approved by the Financial Review Commission (FRC). The bond deal is expected to be closed in mid-November, at which time the city would be able to start drawing off of those funds.

According to the DEGC report, major improvements will bring millions of dollars back to some of the city’s retail corridors. The corridor at Livernois and McNichols, for example, could capture $215 million in retail activity annually, according to the study.

Funding for the improvements will come from increased revenues the city is receiving from its share of state gas taxes and vehicle registration frees that have not been included in its current road improvement plan. Under the Mayor’s proposal, no city general fund dollars will be used to pay back the bonds and no road maintenance activities or construction projects will be cut.

A seven-bill package approved by the Michigan legislature in November 2015 raised an estimated $1.2 billion annually for road work. House Bills 4738 & 4736 raised a significant portion of those revenues by increasing the following:

The City’s annual share of state road revenue is being increased gradually over a five-year period, reaching its maximum amount in 2021:

Instead of funding a handful of additional road projects each year, the increase in annual transportation funds will be used to leverage the bonds and allow the city to make an immediate and meaningful impact on numerous city neighborhoods.

In addition to the $125 million in projects funded by the bond funds, the city also plans to spend another $193 million of budgeted city, state and federal dollars (for a total investment of $317 million over the next five years) to improve a total of 300 miles or major roads and residential streets across the city and replace 300,000 broken sidewalk sections. This means 75% of the total funding will go toward traditional road and sidewalk improvements, while 25% will toward corridor enhancements.

Together, 23 neighborhoods across the city will see their commercial corridors improved. Corridor improvements will be done in conjunction with on-going neighborhood planning projects that aim to create framework strategies to boost neighborhood and economic development.

The revitalization work will impact 17 areas throughout the city, including:

The neighborhood redevelopment plan will also create a number of construction jobs, and DPW will continue its commitment to hire Detroiters in rebuilding the city by following the Executive Order 2016-1 requirement that a minimum of 51% of hours worked on publicly funded construction projects are done by Detroiters. In 2016, 57% of all sidewalk repairs were done by Detroit residents and 54% of all roads were paved by Detroit residents. In 2018 and beyond, DPW will continue to hire at least 51 percent Detroiters to complete construction work.

DPW also expects to continue awarding 100 percent of prime contractors for sidewalks and resurfacing work to Detroit based companies though the five year project, something they achieved in 2016 and 2017. The 100 percent rate exceeds the 30% requirement in Executive Order 2016-1.

“We are very proud of the fact we are providing an opportunity for Detroiters to rebuild Detroit,” said DPW Director Ron Brundidge. “This added work will mean more jobs for city residents.”

As neighborhood streets are repaved, all identified damaged sidewalks will be replaced. Additional inspection and complaint-based locations will be prioritized based upon the condition of the sidewalk, proximity to schools and parks, areas adjacent to streetscape projects, as well as the level of pedestrian traffic on individual blocks.

DPW will improve a total of 294 miles of roads, focusing on residential streets that are most in need in conjunction with neighborhood planning efforts. The major corridors that will see improvements, will be selected based on condition, traffic volumes and adjacent residential and commercial development. Federal and State transportation funds are typically used along with City sources. The additional bond funds will be used to complement these funding sources, allowing for accelerated road improvements over the first three (3) years of neighborhood redevelopment plan.

Here are all of the commercial corridor revitalization projects to be funded by the bonds: