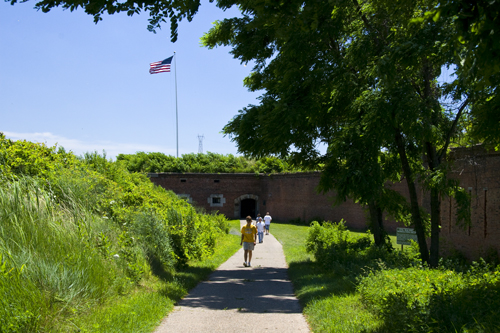 With its star-shaped fort sitting on 83 acres, Historic Fort Wayne has been a Detroit, Michigan landmark since it was built in 1843. Today it receives more than 150,000 visitors a year from soccer league players and fans to civil war re-enactors.

The National Park Service Foundation, the National Park Service, and the city of Detroit, with the support of The Kresge Foundation, are embarking on a strategic planning and community engagement process to revitalize the fort, including opening buildings for lease by community and cultural groups, and improving recreational and cultural opportunities for nearby residents in Southwest Detroit. 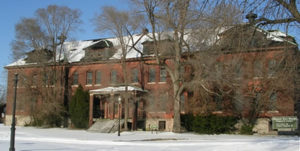 The project comes as the National Park Service concludes its centennial year, and has advanced an urban agenda to increase the relevance of the federal agency during its second century. Recognizing that 80 percent of Americans live in urban areas today, the federal agency deployed urban fellows to 10 U.S. cities in 2015 to provide programming help and expertise – including Detroit.

“The National Park Service is keenly aware of our need to reach out to urban partners to create close-to-home recreational and cultural opportunities and to steward historic assets of national significance such as Historic Fort Wayne,” said Jeff Reinbold, park service assistant director for partnerships and civic engagement.

The Kresge Foundation, which seeks to expand opportunity in America’s cities through grantmaking and social investing, recently awarded a $265,000 grant for the two-year project through its Detroit Program.

“For nearly 175 years, Historic Fort Wayne has stood as a cultural and historical landmark,” said George Jacobsen, senior program officer in Kresge’s Detroit Program. “As we think about its place in the fabric of Detroit now and in the future, Historic Fort Wayne holds great promise as an active and connected point for the Southwest Detroit and broader communities to recreate, as a space to celebrate contributions of multiple cultures, and as a potential location to support the development of small and creative-sector businesses.” 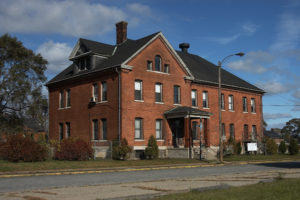 “This is a great opportunity for the National Park Service to partner with the local community, making sure Historic Fort Wayne’s rich cultural and historic resources are well-utilized for Detroit’s own residents,” said Susan Newton, senior vice president of grants and programs at the National Park Foundation, the official charity of America’s national parks.

National Park Service Urban Fellow David Goldstein, an anthropologist and park service ranger who grew up in the Detroit metro area, will serve as the interim project director until a consultant is hired in the spring of 2017. The grant will fund a consultant to work with city officials to develop a comprehensive strategic plan, including a timeline for implementation, by December 31, 2017.

Goldstein will establish an advisory group of public, private and nonprofit stakeholders to guide the planning process. The consultant will also be charged with creating a leasing program for the City of Detroit, which will allow for the renovation and use of the more than 30 military buildings in the fort complex; a request for proposals for community and cultural organizations and others interested in leasing is to be available by spring 2018.

Fort Wayne, with a rich military history and a Native American history at the site predating the fort’s establishment, was listed on the National Register of Historic Places in 1971.

The historic site has been owned by the City of Detroit since 1974, and is operated by the Parks and Recreation Department with assistance from the nonprofit Historic Fort Wayne Coalition. The National Park Service provides guidance regarding use and restoration of the historic property.