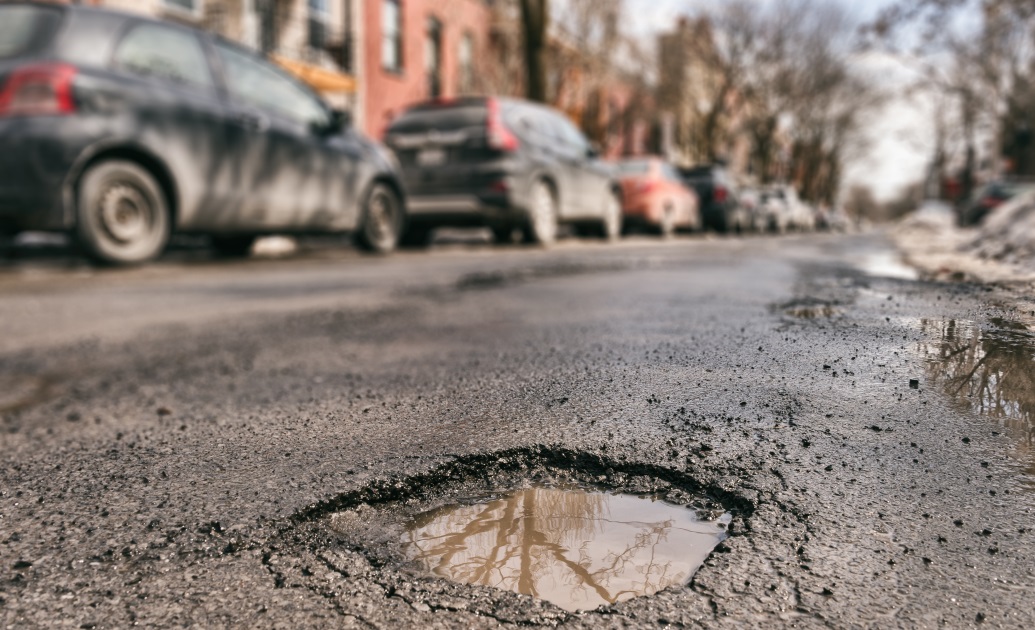 The City of Detroit, Michigan will spend $100 million this year to renovate nearly 100 miles of roads and bridges, Department of Public Works (DPW) Director Ron Brundidge announced on May 16, 2019.

The record-setting program includes the resurfacing of 53 miles of residential streets and 41 miles of major roads, the rehabilitation of 5 bridges, as well as the construction of streetscape projects that will beautify and enhance seven different commercial corridors throughout the city. The road resurfacing program will be paid for primarily through the city’s share of state and federal road funds, along with $14.5 million in city bond funds.

Some of the major thoroughfares planned for improvements this year include large sections of the Southfield and I-75 Service Drives, French Road, Berg Road, Linwood, McNichols, and McGraw. Work is already underway on several projects and will continue until mid-November. Department of Public Works Director Ron Brundidge joined with City workers and residents today in the Cornerstone Village neighborhood on the city’s east side, where resurfacing work along Marseilles street was underway.

Seven Commercial Corridors To Be Revitalized:

In addition to the resurfacing of 94 miles of residential and major roads, the City also is embarking on an effort to revitalize 7 commercial corridors this year, which in most cases will include the addition of new wider sidewalks for café seating, landscaping, improved lighting, separated bike paths, as well as the roadway receiving new pavement.

The funding for these corridor projects is coming from City bond funds that will be used to revitalize 23 commercial corridors over the next 3-5 years.

This year, crews also will rebuild or rehabilitate bridges at these locations at an average cost of $1 million each:

“This year’s infrastructure improvement program is the City of Detroit’s most expansive in recent history. With so much activity occurring citywide, we recognize that there may be times when residents and motorists experience some impact. We ask that everyone be patient and for motorists to drive carefully in construction zones,” said Brundidge. 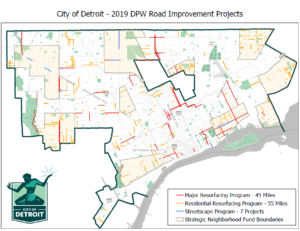 Consistent with the City’s requirement that major economic development projects hire a majority of construction workers from within the city of Detroit, the City is also requiring the same of itself.

While residential street paving is done by city workers, many major thoroughfares are paved by private companies. Last year, the City’s road paving contractors hired 54.5% of their workforce from within Detroit.

“We want to see Detroiters rebuilding Detroit, and we have a lot of opportunity with this year’s road construction program,” said Brundidge.

Detroit residents who are interested in a career in construction can speak to an onsite advisor at any one of the three Detroit At Work Career Centers. There, they can receive job training and employment opportunities as well as job preparedness assistance.

See a list of the Detroit At Work Career Center locations.