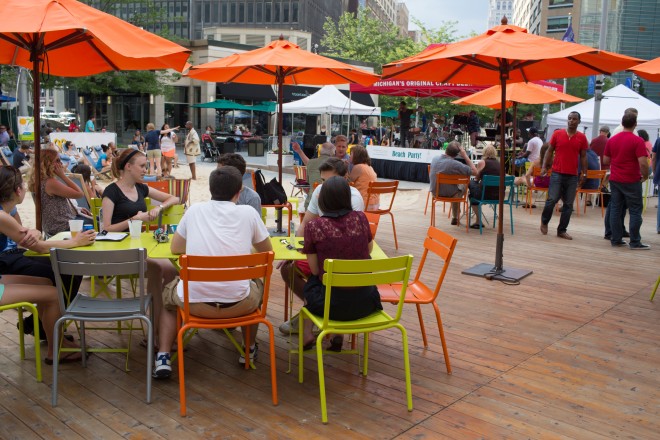 Following some major changes that have taken place downtown and in various neighborhoods throughout Detroit over the last several years—and in the wake of the devastating tolls the 2008 recession exacted on this city in particular —a recent survey conducted by the Greater Downtown Partnership has uncovered some very encouraging results.

Aiming to gauge the community’s overall impressions of Downtown Detroit, this robust survey of nearly 5,000 respondents shows that public opinions have markedly improved over the past year.

The CEO of the Greater Downtown Partnership, Eric Larson, commented on the survey results in the Detroit Free Press: “I think that we’ve done a very good job of not only activating some of the incredibly exciting public spaces, but we still have core activities within the city that need our attention,” he remarked.

“Those include continuing to be very focused and deliberate about transit, and very, very forceful around the safety and security concerns.”