In the 1960s, Plainfield, New Jersey was like many other urban areas across the U.S.: despite the Civil Rights Act of 1964, segregation persisted and was particularly virulent in housing and education.

Projects that promised better housing only exacerbated segregation. Banks still practiced discriminatory lending polices. At Plainfield High School, students were separated into two tracks — one for college (mostly whites) and one for vocations (mostly blacks). And rules were enforced along racial lines: white students were allowed to wear turtleneck sweaters, which were popular at the time, while black students weren’t.

Plainfield’s West End, always a forgotten neighborhood, began to deteriorate after World War II when industry, which had attracted migrants looking for a steady job and a better life, began to vanish. Mack Trucks closed its plant in 1961, moving more than 2,500 jobs to Maryland.

As unemployment mounted so did frustration. Prosperity always seemed to be around the next corner. Nobody in city government seemed to care about the West End. Racism was an everyday presence and tension escalated between police and citizens, who were often characterized by racial epithets on police radios.

In mid-July of 1967, violence exploded in Plainfield. In just a few short days, a police officer was killed, and 46 people were injured, 23 by gunfire. Most of the 167 arrests were for disorderly conduct. Damage was estimated at $700,000 which in 2017 terms would be more than $5 million.

“A lot of white people were surprised,” said Peter Dreier, whose family owned Dreier’s Sporting Goods in the dying downtown area. The city’s white, Republican leaders possessed “the inaccurate belief that Plainfield did not have the same social problems” of other American cities experiencing unrest. “They thought African-Americans were happy, content,” Dreier said. “The riots were a wake-up call.”

After the riots, Plainfield was never the same, and newcomers and younger generations began to wonder why it was ever called the “Queen City.” 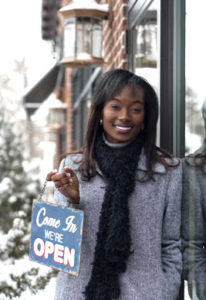 Photo via the City of Plainfield

Now, a half century later, Plainfield may finally be turning the corner and entering what Mayor Adrian Mapp calls a “renaissance unlike anything seen here in decades” with 62 redevelopment projects representing an investment of more than $250 million.

And it’s not just economic revitalization: public safety is a major component of any resilient revitalization story. Police officers have been told to walk through neighborhoods every day, and to interact with residents, the mayor said. Since officers started wearing body cameras, there has been a 50 percent drop in complaints against officers.

“Confidence in our police force has increased dramatically,” Mapp said,”and the morale of the force itself is higher than it has been for a long time.”

Featured photo of Mayor Mapp and local citizens courtesy of the City of Plainfield.

See full article in My Central Jersey by Mike Deak.