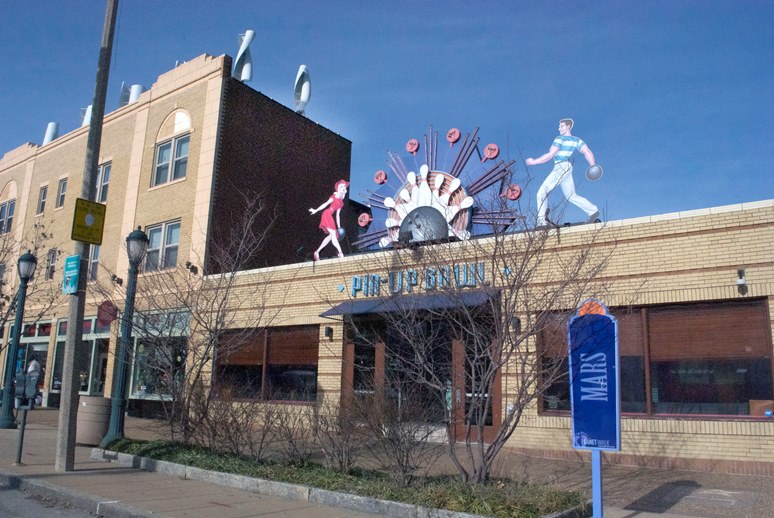 After graduating from Duke University in 1972, Joe Edwards returned home to St. Louis, Missouri. It was here that he opened Blueberry Hill, a restaurant, bar, and live music venue. Edwards located it on Delmar Boulevard, an area known as “The Loop”, due to the streetcar that used to turn around there.

In the 1920’s and 30’s, the Loop was a shopping and nightlife destination. It fell into decline throughout the 1960’s when the automobile pushed development further away from the city, and killed the trolley. By the early 1970’s, the area was crime-ridden and largely abandoned. Soon after opening Blueberry Hill, Edwards was confronted by the realization that the establishment would not survive if the neighborhood did not succeed.

He thus formed The Loop Special Business District, which persuaded residents to address the area’s urban planning issues including security, sanitation, and beautification.

The next project for the Loop is restoring the trolley system to boost revitalization by reconnecting the neighborhood to Forest Park attractions. Joe Edwards is behind this vision, too: he serves as chairman of the Loop Trolley Transportation Development District.