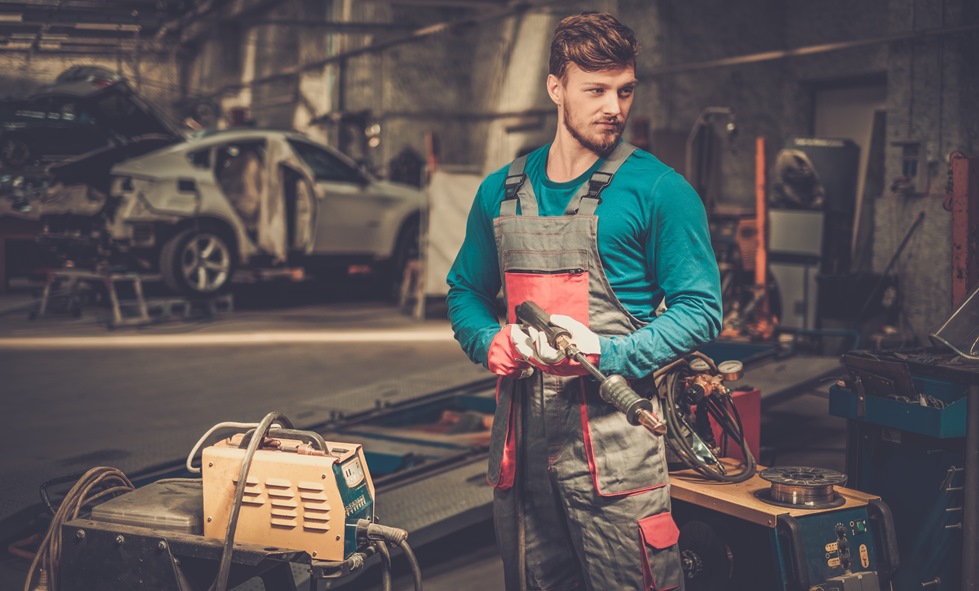 Leaning over the map, Brian Vincent turned to a city official and asked, “Why does it show a park instead of my business?”

The planner paused and then explained. Des Moines, Iowa  leaders had concluded that the park was a better use of the land than the low-slung building that had housed Corn Belt Aluminum for decades.

Vincent was shocked by the exchange, but businesses across the country are landing in similar positions as cities remake gritty, industrial districts into trendy hotspots with glassy apartment buildings, coffee shops and microbreweries. The transformations are a point of pride for growing communities but difficult for manufacturers and warehouse owners, who, after operating successfully for decades, sometimes now feel shunned by their new, more polished neighbors.

[Note from Storm:] In our enthusiasm for bringing more residents downtown–which is essential to resilient revitalization–we sometimes lose our compassion for those entrepreneurs who have been running light industrial businesses there for years…even decades. We rightfully feel outrage when lower-income and/or ethnic minorities are forcibly displaced from their neighborhoods, to make way for a “more desireable” (to developers) class of people.

But what about the hard-working businesspeople whose often-unsightly buildings are gleefully demolished by planners who can see only what’s gained, and seldom what’s lost? Granted: some of the noisier, smellier enterprises are lost causes as mixed-use development takes hold in their neighborhood. That’s adaptation and evolution, which is as essential to living cities as it is to living organisms and ecosystems. But, as with the low-income residents, just because something might be necessary doesn’t mean it should be done with empathy, to minimize the pain of those who pay the biggest price for this progress.

But it’s not just about social or economic justice: there’s another factor to be considered. Urban redevelopment is becoming sterile and destructive in many cities these days. Under the banner of “New Urbanism”, entire swaths of real neighborhoods are demolished to make way for hyper-commercial, Disney-fied mixed-use. In many cases, New Urbanism is the second coming of the “urban renewal” debacle of the post-WWII period.

The reality is that people these days are starving for authenticity, and established, traditional urban entrepreneurs can supply it. I’m on the Outreach and Education Committee of the National Working Waterfront Network. One thing that is becoming very clear as more and more waterfronts are redeveloped is that people are tired of sameness. They don’t want just another tourist-oriented outdoor shopping center. They might visit such places occasionally, but they get old fast (especially for year-round residents). What they’ll visit regularly is a waterfront where they can watch cargo containers or fish catches being being unloaded. It’s a form of free entertainment, but it’s also a visual connection to their local culture and economy. Too much of what drives our economies is hidden from view.

It’s like the difference between the living forests one finds in many U.S. National Park Service properties, versus the tree farms found on U.S. Forest Service land. The former are rich with trees and undergrowth exhibiting both species and age diversity. The latter have no more diversity than a cornfield (no accident, since the USFS is part of the Department of Agriculture). The same goes for downtowns: keep a few of your cleaner, quieter light industries when revitalizing the area. You’ll create a more interesting and functional downtown, and you’ll avoid inflicting unnecessary trauma on your long-time entrepreneurs. Not every building needs to be new, or beautiful. There’s beauty in diversity. [end of note by Storm.]

[From abstract of Cotter paper] In the landmark 1926 case of Euclid v. Ambler Realty Company, U.S. Supreme Court Justice George Sutherland colorfully remarked: “A nuisance may be merely a right thing in the wrong place, like a pig in the parlor instead of the barnyard.” This statement encapsulates the logic of modern, “Euclidian” zoning controls, which originated in the 1920s.

Conventional zoning codes have erred on the side of severity, systematically separating all land uses from one another – industrial properties, office buildings, retail stores, houses, apartment buildings, and so on. This modern experiment in reorganizing the layout of cities has played a key role in producing what smart growth advocates today criticize as suburban sprawl.

As urban leaders seek ways to revitalize cities and gain a competitive advantage, potential lies dormant in the traditional distinction between light and heavy industry. To locate in a light industrial zone, an industrial use cannot impact any surrounding properties through loud noises, vibration, noxious fumes, or other hazardous byproducts. Light industrial land uses typically include final-stage or “clean” manufacturing, wholesaling, warehousing and distribution, and the sale and servicing of vehicles and equipment.

Light industry includes a broad spectrum of land uses, some of which can be compatible with urban, mixed-use development. Most zoning ordinances do not make this distinction. In the last century, American industry has changed dramatically due to technological advances, trends in globalization and supply chain management, tighter environmental controls, and the birth of the modern professions of urban planning and public health. Certain light industrial businesses have great potential in America to:

The 2012 report “Putting Atlanta Back To Work: Incorporating Light Industry Into Mixed-Use Urban Development” linked to below focuses on Fulton County, Georgia, particularly the City of Atlanta, but the issues it explores are fairly universal. It examines the demand for urban light industry and the supply of urban industrial land. The report then situates these topics in the context of national trends in urban planning and mixed-use development, concluding with recommendations and tools for integrating light industry into mixed-use, urban development.