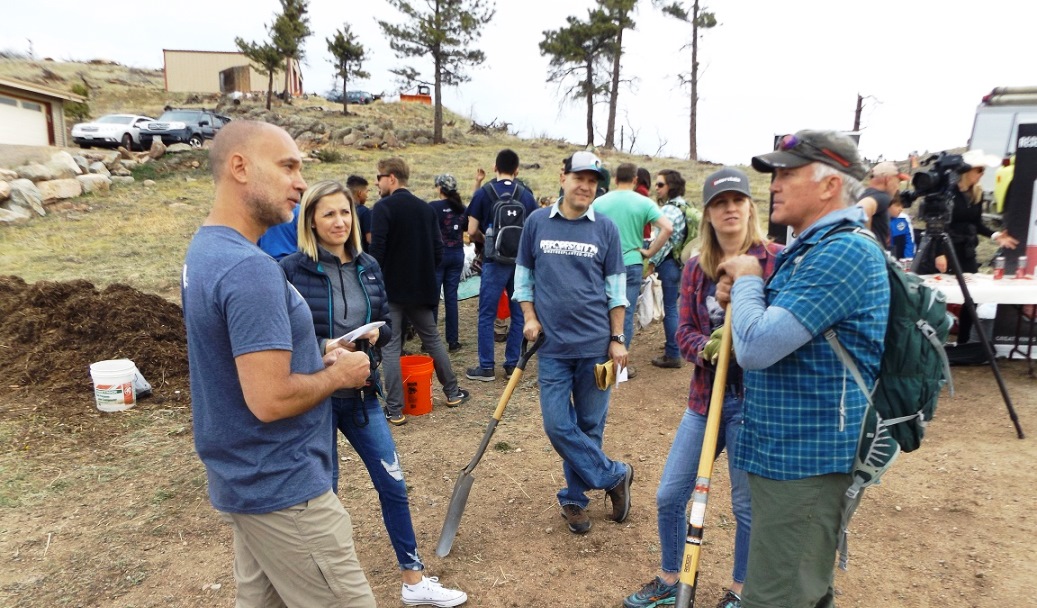 In advance of the April 22, 2019 Earth Day celebrations, Interstate Restoration helped hundreds of volunteers plant small evergreen trees in the fire-ravaged Sunshine Canyon outside of Boulder, Colorado, on Saturday, April 20. 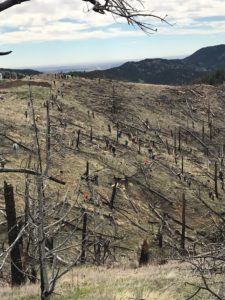 The team was led by Interstate Chief Executive Stacy Mazur, who said it’s important to remember that the entire planet can use a restorative touch occasionally.

The event was organized by One Tree Planted in conjunction with the Four Mile Watershed Coalition. Interstate has several offices in the Denver metro area.

“At Interstate, where we’ve been restoring property over the last 20-plus years, we also feel it’s vital for us to help restore the planet, and our partnership with One Tree Planted is really an extension of that attitude,” Mazur said.

Interstate announced last September that it would make a monetary donation to One Tree Planted for every project that the North American company completes. So far, Interstate has donated $22,000.

Interstate and its Canadian partner, FirstOnSite, completed about 25,000 projects of varying sizes last year, including properties in fire-ravaged California and the hurricane-struck areas of North Carolina and Florida. This hands-on contribution by Interstate in Boulder was a supplement to their monetary commitment to One Tree Planted.

The goal was for 400 volunteers to plant 5,000 trees in the area affected by fires in 2010 and 2013. The fires left a huge burn scar that has caused complications for water-runoff and subsequent flooding. 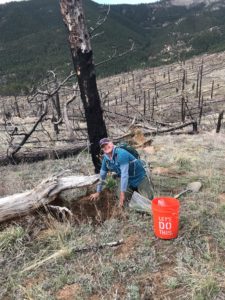 Tim Connors, new Vice President of National Accounts at Interstate, was one of the tree-planters in Sunshine Canyon. With a smudge of ash on his nose, he smiled and said the work on the side of the mountain was particularly gratifying.

“It’s a good feeling to know that you can contribute this kind of labor and make such a big difference in the environment and in people’s lives,” he said.

Founded in 1998, Interstate Restoration LLC is an emergency restoration and general contractor specializing in repairing commercial property throughout North America. Fort Worth, Texas-based Interstate helps businesses to recover quickly from fire, flood, and other natural and manmade disasters.

All photos courtesy of Interstate Restoration.