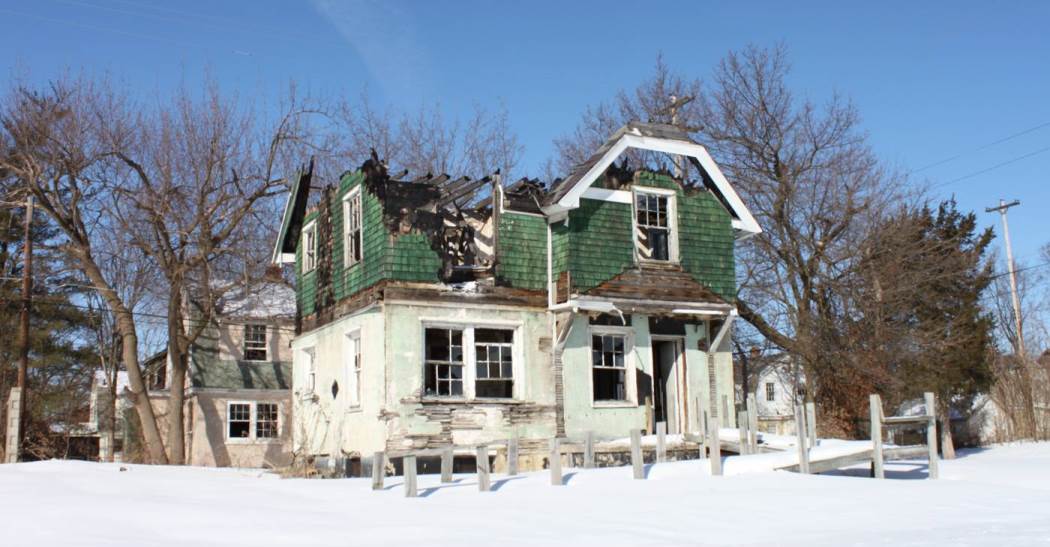 After the car makers left and the jobs dried up, Marijoyce Campbell recalls how abandoned homes took over her quaint neighborhood in Flint, Michigan.

“People started moving away,” she told the Thomson Reuters Foundation. “People just walked away from their homes, and the neighborhood started deteriorating with blighted, abandoned houses.”

“Our community was looking like a war zone,” Campbell said as she recalled the exodus from Flint, once a manufacturing hub for General Motors, that accelerated 15 years ago.

Such concerns have been common across the United States, with real estate data firm ATTOM Data Solutions last year finding 1.5% of all U.S. homes were vacant.

Campbell and her neighbors have been working to clean up blighted lots in the area, in part with grant funding, and have pushed especially hard to remove any structures beyond repair.

“It makes a big difference when the properties are torn down,” she said, almost nine years into her cleanup campaign.

About 70 homes in her area have been leveled, but Campbell says another 25 need to go, once money for demolition is found.

For Quincy Murphy, who joined Flint city council just weeks ago, demolition is his “number one priority. Right now, it’s just finding the funding.” Their search may now be over. Following a U.S. Treasury ruling this month, cities can now tap into a $350 billion pandemic aid package to fund local demolition and related work aimed at urban rejuvenation.

The new guidance will allow cities to reckon “with a legacy of vacant and abandoned housing” that is linked to poor health, environmental hazard and economic decline, said Michael Wallace, of the National League of Cities, an advocacy group.

“Eliminating blighted and uninhabitable properties is essential for reversing neighborhood declines that have been made worse by the pandemic,” said Wallace, a legislative director. 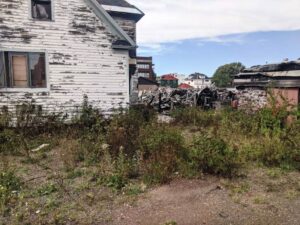 While some cities bounced back, others did not, particularly post-industrial hubs such as Flint, Detroit and Cleveland, said Payton Heins of the Center for Community Progress, a nonprofit dedicated to urban revitalization.

A previous federal program to fund demolition helped level nearly 24,000 properties, according to a 2018 U.S. House of Representatives hearing, but that funding ran dry.

The new ruling recognizes that “vacant, abandoned and deteriorated properties threaten residents’ quality of life, health and our brick-and-mortar businesses’ ability to recover from the pandemic,” Heins said.

Demolitions in Flint have been in a “holding pattern” pending this month’s long-awaited guidance, said Michael Freeman, executive director of the Genesee County Land Bank Authority, which deals with vacant land.

The city’s population has more than halved since the 1960s and “when people left the city, they didn’t take their houses with them”, Freeman said, noting that thousands of structures qualify as fit for destruction.

“Once you demolish blight in the area, the condition of the remaining housing improves,” she said, as residents feel more confident about investing in their homes.

“Overwhelmingly, residents have placed demolition of blighted structures as number one when asked what we should spend money on,” she said.

Yet the strategy is pricy; she said it costs about $15,000 to take down a blighted structure in her county, and nationally the discussion has shifted to other solutions. 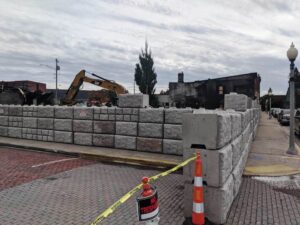 Even backers say tearing down abandoned homes is just part of a broader strategy to foster stability.

“While there are some properties that need to be demolished because they are collapsing or irreparable, many can and should be saved and renovated,” said Matt Shorraw, former mayor of Monessen, Pennsylvania, a city that has struggled with blight.

Renovating addresses two key priorities – a national housing shortage and a commitment to sustainability – while also saving or even making money for municipalities, he said.

“By choosing renovation, you can get properties into the hands of new home owners, stabilize neighborhoods, preserve the architecture and character of a community, and retrofit those existing homes to be more energy efficient,” he said.

Others warn that demolition does not spell the end of a problem property for neighbors or city officials.

Upkeep gets scant attention, he said, but a lack of it can depress home values and mindsets – much as abandoned buildings do.

The Center for Community Progress’s Heins said that allowing the federal pandemic pot to be used for local greening and remediation is “a big win for addressing non-structural blight.”

Meanwhile, Campbell and her neighbors keep working to improve Flint, property by property.

She is president of a neighborhood group called the Ballenger Square Community Association, formed a decade ago to arrest local decay, be it trimming lawns, planting flowers or painting fences.

The longtime resident has witnessed Flint’s heyday and its exodus – and now hopes for renewal.

All photos are courtesy of the Center for Community Progress.

This article was written by Carey L. Biron (edited by Lyndsay Griffiths), and first appeared on the website of the Thomson Reuters Foundation, the charitable arm of Thomson Reuters. Reprinted here (with minor edits) by permission.

Learn more about how to turn a demolition program into a strategic revitalization program.