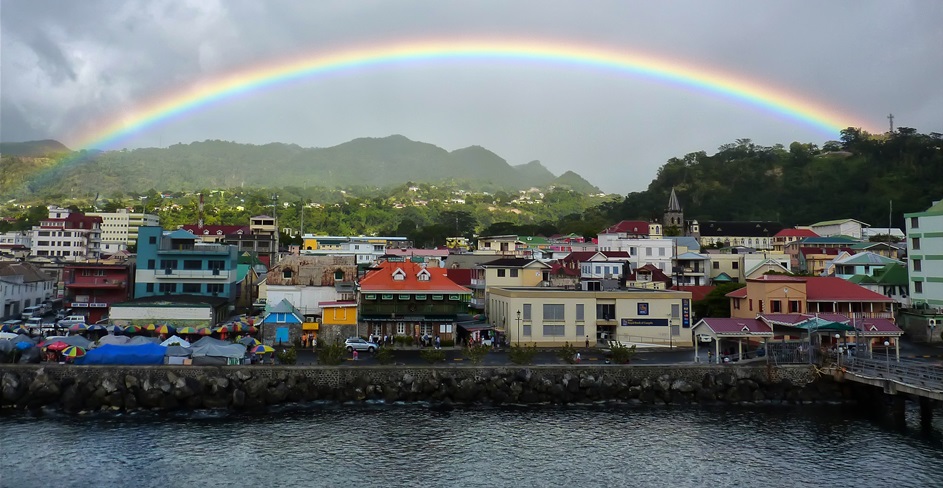 On August 27, 2015, there was little sense of anxiety or urgency in Dominica as the first rains landed on this small Eastern Caribbean island state. Tropical Storm Erika was not predicted to heavily affect Dominica – but predictions could not have been off further for its 71,000 residents. Within hours, 15 inches of rain and flash floods claimed lives, washed away roads and bridges, and destroyed houses and entire villages.

Approximately 60% of roads in the country became inaccessible. Public services were disrupted. The government implemented a recovery needs assessment supported by the World Bank, Global Facility for Disaster Reduction and Recovery (GFDRR), and partners, which estimated losses to the transport sector at US$290 million, and total damages at more than $480 million.

Roseau, the country’s capital, was not spared. The major highway connecting Roseau and Portsmouth, another major city, was severely damaged by landslides and bridge failure. One of the country’s main health centers, the Princess Margaret Hospital, was forced to airlift patients over inaccessible roads. A river running though the city had overflown its banks, flooding surrounding neighborhoods.

What Tropical Storm Erika taught us again was the need for investing in disaster resilience – specifically, urban resilience. As 70% of the country’s population lives in urban areas, 20% in Roseau alone, strengthening infrastructure and disaster risk reduction capacities in urban areas is necessary to safeguard and enhance the country’s economic and social development.

Her Worship Mayor of Roseau Irene John is working to promote the city’s urban resilience efforts. With support from the World Bank and GFDRR on several projects, the government is advancing infrastructure and ambiance improvements through road and drainage rehabilitation.

These and other important programs were discussed at the Local Governments Summit at the UN Global Platform for Disaster Risk Reduction (in May of 2017). The World Bank-led session during the Summit featured Mayor John, who spoke about Roseau’s road to recovery following Tropical Storm Erika, and her personal experience on promoting urban resilience. She joined policymakers and stakeholders committed to building community resilience and to promoting coordination and partnership for disaster risk reduction. The speakers discussed new ideas in protecting urban areas, as well as lessons learned from past disasters, in what was a very lively discussion.

It’s clear now that, given increased urbanization and a changing climate, the effects of natural disasters have never been greater. For Dominica and its capital city of Roseau, urban resilience means nothing less than protecting the country and saving lives.

Note from Storm: Dominica is one of my favorite places on the planet, though it’s been far too long since I was last there. If you haven’t been there, I strongly urge you to support their rebuilding with your tourism. I’ve visited many “island paradises” over the decades, but Dominica might be the ultimate.

Dominica combines a vast variety of ecosystems due to its combination of mountains, rivers, and shorelines…not to mention the eerie Valley of Death and boiling lake. Unlike many reef-based Caribbean islands, Dominica grows a broad variety of fruits and vegetables, so you won’t just be eating the usual rice, chicken, and seafood. And the people are absolutely wonderful. Rent a car and stay at least a week: you might just have a life-changing experience, as did I.

The author is Yohannes Yemane Kesete, a Disaster Risk Management Specialist at the World Bank.