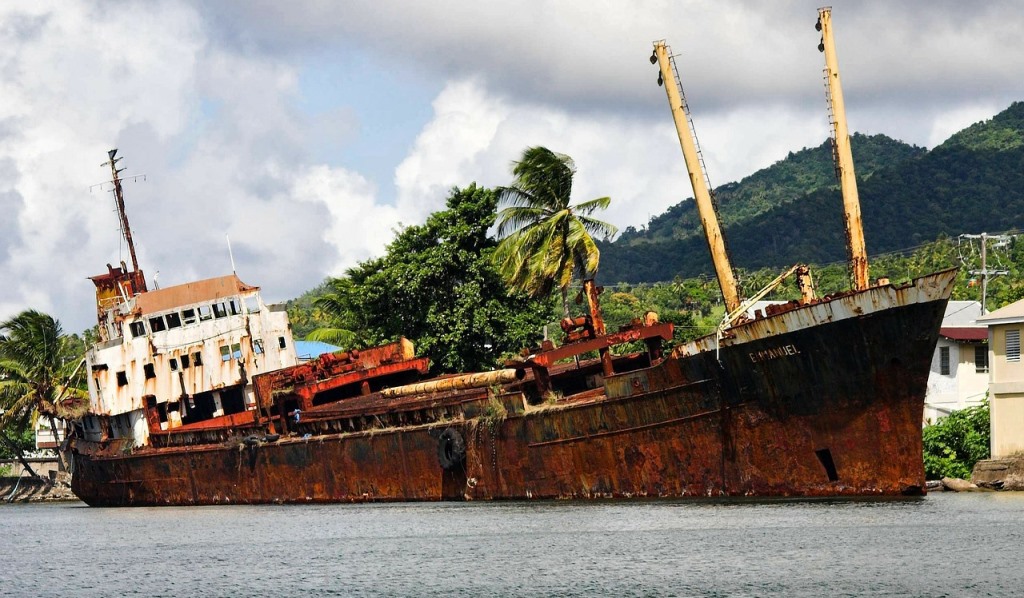 On March 3, 2021 the Commonwealth of Dominica announced that their new geothermal plant is expected to be built in 2022. The project is part of the Caribbean island’s goal to become the world’s first climate-resilient country. It aims to reduce economic dependence on imported fossil fuels, help restore the global climate, reduce electricity costs for consumers, and boost income by supplying energy to its neighboring French islands of Guadeloupe and Martinique.

This infrastructure renewal has long been needed. I (Storm Cunningham) was doing some research in Dominica shortly after a giant French engineering firm had built an inappropriate, badly-designed hydropower system that probably did more ecological and economic harm than good. The nation refused to pay for it, and lawsuits ensued.

The new geothermal plant makes far more sense, as anyone who has hiked through Dominica’s haunting, volcanic Valley of Desolation to the world’s second-largest boiling lake can readily attest. It’s partly funded by the country’s Citizenship by Investment Programme (whereby passports are sold to wealthy individuals, many of them being Russian), is expected to generate approximately 120 megawatts of electricity when finished.

Dominica’s Ambassador to the United States of America and Organization of American States (OAS), Dr. Vince Henderson, stated that Dominica is at an advanced stage of the geothermal plant’s execution and on the horizon of an exciting national opportunity.

“What we have actually sent is probably USD 5 million from local funds from the inflows of the CBI [citizenship by investment] to finance the geothermal project,” Dr. Henderson said. He added that the rest of the funds would come from international partners and lenders. “It is really the only way that Dominica can transition in a very efficient way from diesel generation to renewable energy,” the Ambassador explained.

Investors have contributed over $1.2 billion in Dominica’s Citizenship by Investment Programme over the 2017-2020 fiscal years. Proceeds from the program are used to construct earthquake-resistant houses and infrastructure like hospitals and schools.

“The word resiliency is thrown around a lot, […] but it does not mean anything. In Dominica, there is actually a structure and a plan behind it. Resiliency has been incorporated into a broader government strategy,” said James Ellsmoor, founder of the Virtual Island Summit, an annual online event that convenes small islands.

Dominica has been offering its Citizenship by Investment Programme since 1993, making it one of the oldest citizenship programs around. Investors may qualify for citizenship through a contribution to the government fund or investment in real estate. After a multi-tiered vetting process, successful applicants receive full rights to live and work in the country with visa-free access to 75 percent of the globe.

Photo of shipwreck in Dominica by PublicDomainPictures from Pixabay.