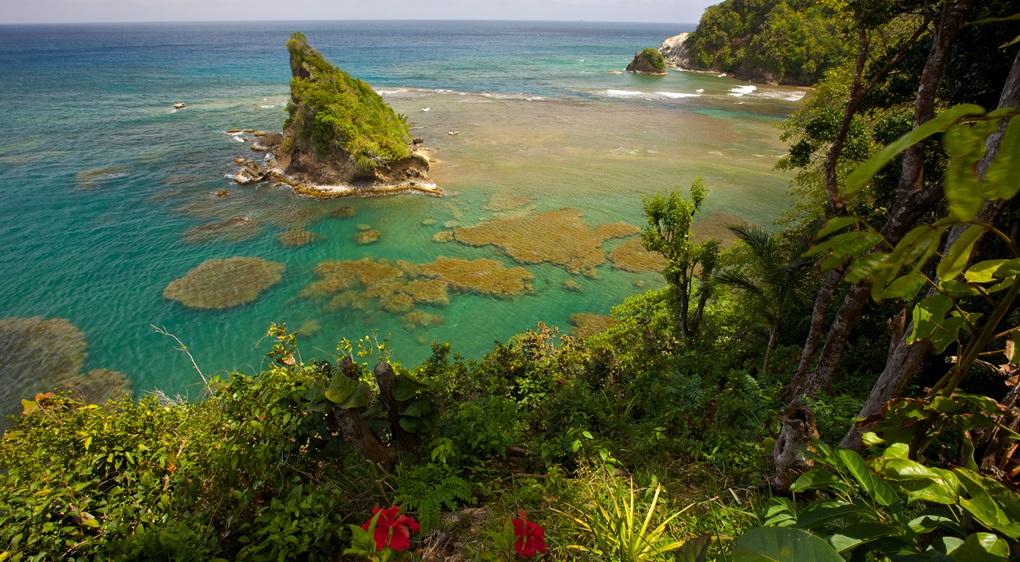 As any lover of island nations knows, the “paradise effect” is often ruined by the noise and smell of the ubiquitous diesel generators, which comprise the vast majority of power infrastructure on islands large and small.

But the damage to the economy goes far beyond driving away tourists. Their addiction to imported fossil fuels acts like a giant economic parasite, siphoning off a huge portion of the GDP. That’s true in all non-oil-producing countries, of course, more more so on islands, where it has to brought in by tanker, rather than via pipelines.

Of course, the pollution caused by these generators is exacerbating climate change, so they are literally destroying themselves via sea level rise. So, it comes as no surprise that islands with intelligent governance are looking into renewable energy alternatives. 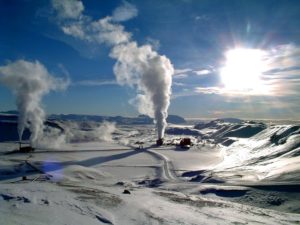 One of the most promising clean energy sources—at least for those islands lucky(?) enough to be volcanic in origin—is geothermal power, which is generated by subterranean heat.

As of 2015, worldwide geothermal power capacity amounted to 12.8 gigawatts (GW), of which 28 percent is installed in the United States. International markets grew at an average annual rate of 5 percent over the three years to 2015, and global geothermal power capacity is expected to reach 14.5–17.6 GW by 2020. The Geothermal Energy Association (GEA) estimates that only 6.5 percent of total global potential has been tapped so far, while the Intergovernmental Panel on Climate Change (IPCC) reported geothermal power potential to be in the range of 35 GW to 2 TW.

Countries currently generating more than 15% of their electricity from geothermal sources include El Salvador, Kenya, the Philippines, Iceland and Costa Rica.

Geothermal power is considered to be a sustainable, renewable source of energy because the heat extraction is small compared with the Earth’s heat content. The greenhouse gas emissions of geothermal electric stations are on average 45 grams of carbon dioxide per kilowatt-hour of electricity, or less than 5 percent of that of conventional coal-fired plants. 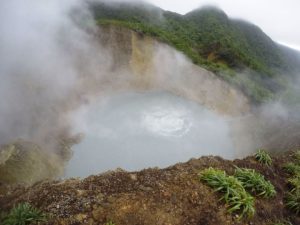 One of my (Storm) favorite island nations on the planet is Dominica. As previously documented here in REVITALIZATION—their Prime Minister, Roosevelt Skerrit, has already vowed to make the country a global model of a climate resilience.

And, as anyone who has hiked through Dominica’s Valley of Desolation (as have I) to view their Boiling Lake knows, this is a country with no shortage of geothermal energy.

Now, on March 9, 2018, the World Bank has announced that it will provide over $17 million (USD) to help develop a geothermal plant on Dominica.

The bank’s Operations Officer, Karlene Francis, speaking at the launch of the Climate Resilience Execution Agency for Dominica (CREAD) on Friday, said the bank is committed to assisting the hurricane-devastated island in its goal to promote the use of renewable energy to boost their economic and catastrophe resilience.

“The bank is also working with the Dominica Geothermal Development Company to prepare a geothermal risk mitigation project,” Francis said, adding they will support the development of a 7-megawatt geothermal plant that will displace diesel generators and reduce electricity costs in the country. “Geothermal energy is extremely resilient and consistent with the government’s strategy.”

“We acknowledge the strong partnership with a number of donors including the government of New Zealand . . . which have joined the efforts to co-finance the project valued at US$48 million of which US$17.2 million will be funded by the World Bank,” she concluded.

The government of Dominica had already announced plans to establish a 7-megawatt geothermal plant, with an estimated cost of $40 million.

Photo of Dominica via Adobe Stock.