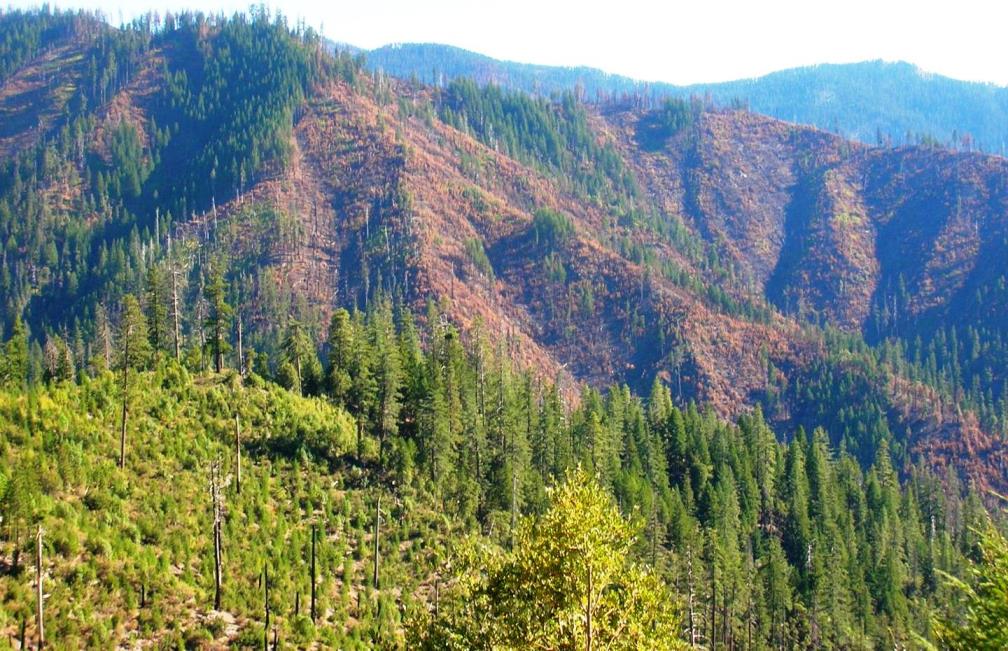 Researchers at Portland State University and Oregon State University who were looking at the aftermath of wildfires in southwestern Oregon and northern California have found that—after 20 years—even in severely burned areas, Douglas-fir grew back on its own…without the need for salvage logging and replanting.

The study, published on October 26, 2018 in the journal Forest Ecology and Management, is the latest to address the contentious issue of whether forest managers should log dead timber and plant new trees after fires, or let them regenerate on their own. 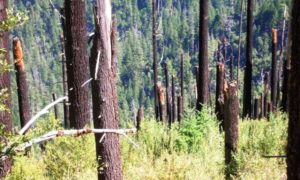 Melissa Lucash, an assistant research professor of geography in PSU’s College of Liberal Arts and Sciences and a co-author of the study, said that concerns in the Klamath over whether conifer forests would regenerate after high-severity fires have led to salvage logging, replanting and shrub removal on federal lands throughout the region.

But the study found that the density of Douglas fir was relatively high after 20 years and was unaffected by whether or not a site had been managed.

“This is an area where forest managers are really worried that the Douglas-fir won’t come back, but what we found is that they come back just fine on their own,” she said. “We forget the power of natural regeneration and that these burned sites don’t need to be salvage logged and planted.”

Lucash suggests that those resources could instead be reallocated elsewhere, perhaps to thinning forests to prevent high-severity wildfires.

The authors sampled 62 field sites that had severely burned 20 years prior on both north and south slopes of the Klamath-Siskiyou Mountain. Some of them had been salvaged logged and replanted and others that had been left to regenerate on its own.

Among the study’s findings:

The authors recommend that forest managers should avoid applying the same post-fire management practices everywhere and should instead tailor practices to specific objectives and the landscape context.