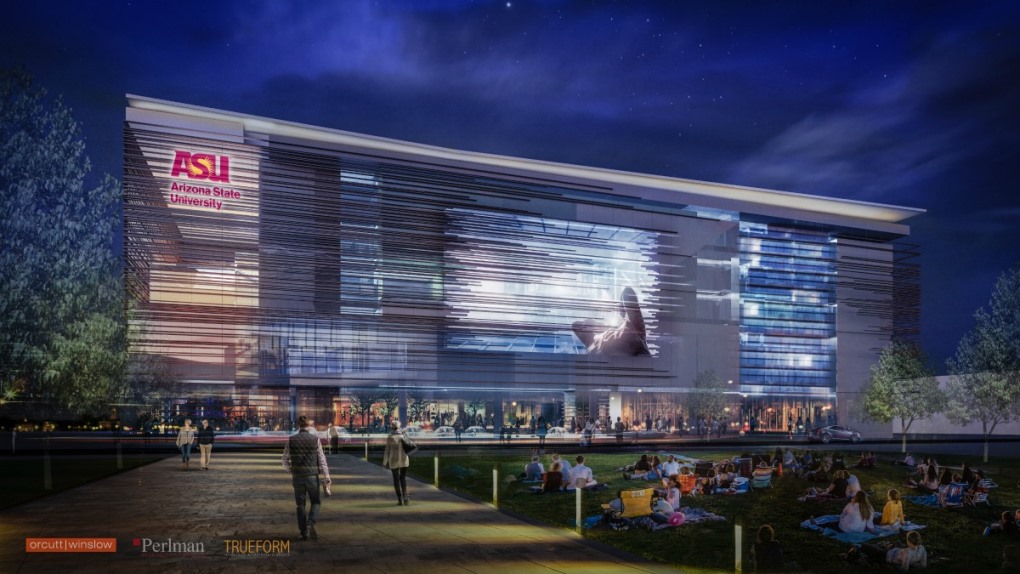 “It has been amazing to watch downtown Mesa begin a transformation that has been many years in the making,” Mayor John Giles said. “Caliber has made a significant investment in downtown and I can’t wait to see the results of listing these eight properties with CBRE.”

The properties were acquired in February of 2018 by Caliber Wealth Development Fund, which plans to redevelop the buildings as part of the city of Mesa’s downtown revitalization program.

Carol Schillne and Kerry Linthicum with CBRE Retail Services are the leasing agents for the properties. The team expects to source a mix of local and national retail, restaurant, entertainment and co-working office concepts to complement downtown Mesa’s revitalization and infuse new energy into the city’s historic core.

“Caliber is on the leading edge of redefining the character of downtown Mesa with this listing as well as the other projects we are considering in the area. Our team looks forward to partnering with Carol, Kerry and the team from CBRE on this important project for our firm,” said Rodney Riley with Caliber.

“We have a unique opportunity to transform a historic city center into a vibrant, multi-use community with retail, housing, office and higher-education all in one,” said Schillne.

“With our experience in creating memorable retail offerings, we look forward to reshaping the area with brands and concepts that enhance the soul of downtown Mesa and create a truly urban environment for families, students and downtown residents to enjoy,” she added.

Investments from the city of Mesa also include expansion of Valley Metro light rail into downtown, the award-winning $100-million Mesa Arts Center and the Downtown Façade Improvement Program, which aims to assist property owners and tenants in improving building frontages.

“Our ability to leverage CBRE’s unmatched experience in creating one-of-a-kind retail experiences helped us win this listing in an area that is undergoing tremendous change,” said Linthicum. “Downtown Mesa is poised to be the East Valley’s next social, educational and cultural destination, and we’re excited to partner with Caliber and the city of Mesa in bringing that vision to life.”

This redevelopment is among several proposed and announced projects in downtown Mesa. For instance, Additionally, The Church of Jesus Christ of Latter-day Saints is undergoing a two-year renovation of its 75,000-square-foot Mesa temple and surrounding grounds.

And in June of 2018, the city of Mesa announced that Arizona State University (ASU) will add a new downtown Mesa campus to house its film, media and gaming programs, bringing an estimated 750 students to the area. The campus is scheduled to open in Fall of 2021.

This follows the selection and approval of Holly Street Studio and Bohlin Cywinski Jackson as the design team of architects and planners.

ASU @ Mesa City Center is a five-story, approximately 118,000 square-foot academic building, located at the northwest corner of Pepper Street and Centennial Way, that will house programs offered by the Herberger Institute for Design and the Arts related to digital and sensory technology, experiential design, gaming, media arts, film production and entrepreneurial development and support. These programs will utilize augmented reality, virtual reality and 3D modeling and visualization to develop technology with the potential to impact industries as diverse as health care, aerospace, manufacturing and entertainment.

The new building is expected to be open to more than 750 students and faculty for the Fall 2021 semester. The ground floor will contain a large exhibition gallery, screening theaters and a social café. The upper floors will include a mix of production studios, fabrication labs, flexible classrooms and innovative spaces for collaborations with community and industry. Unique to this building will be a 3,000 square foot enhanced immersion studio where users can create augmented realities and map virtual spaces onto physical environments.

In addition to the primary academic programs, a number of co-curricular programs are planned to amplify the student experience and connect the facility’s programs to the larger innovation district. So far, those programs include Entrepreneurship + Innovation and FilmSpark. The Plaza @ Mesa City Center is a two to three acre gathering place, located just south of the ASU building, with a large open community space, water features and seasonal ice rink.