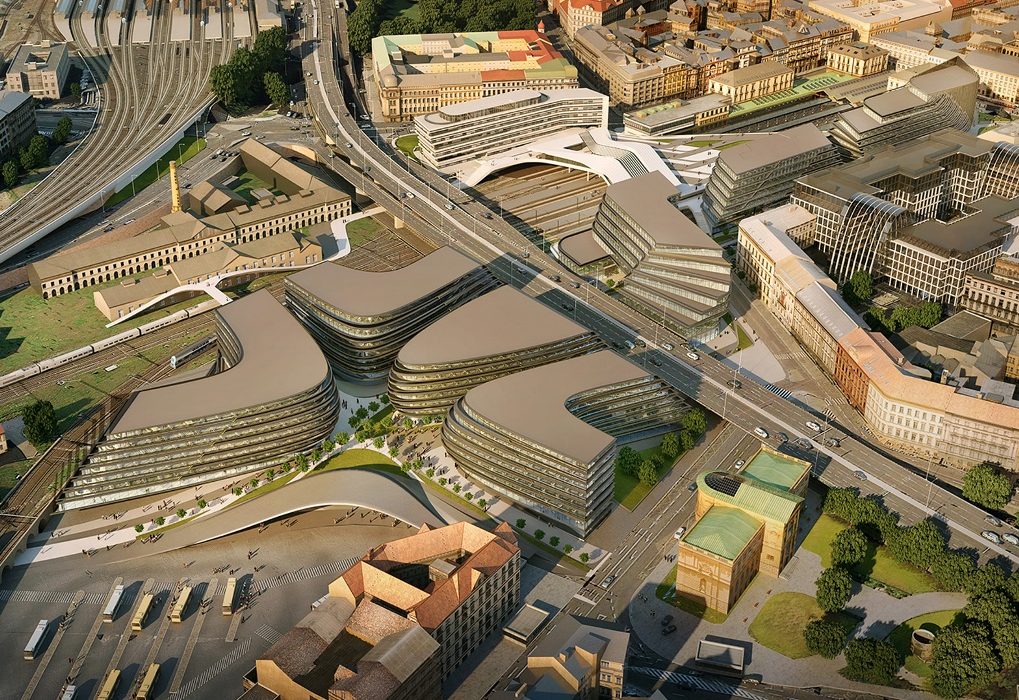 The complex will be connected to Prague’s existing transport infrastructure and the historic Masaryk Railway Station, which has has been in operation since 1845.

Zaha Hadid Architects (ZHA) have been selected to design the complex and have already unveiled their plans for the site.

“We have developed an urbanism for the site which draws inspiration from our analysis of the city and the site’s dynamic circulation networks,” explained ZHA project architect Craig Kiner.

A new public square will span the railway lines, creating a connection to Na Florenci street and improving access to the station. Four additional plazas will be dotted across the new district, including at the bus terminus and along the boulevard.

According to Kiner, the design is “sensitive to context, unifying in aspiration and contributes to the urban fabric of Prague“.