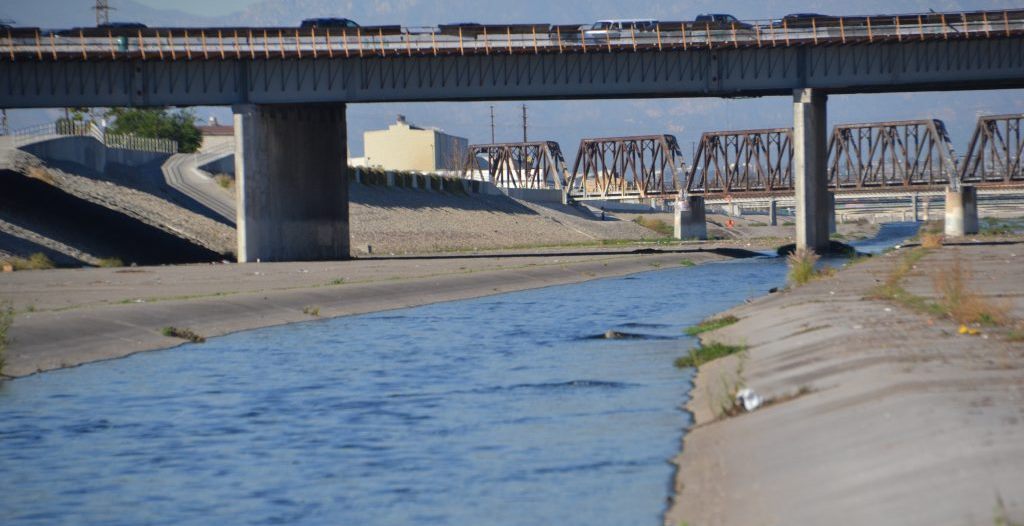 Los Angeles, California is a vast, complicated place, and so is its 51-mile “river” (actually an ugly, lifeless, over-engineered concrete ditch that has long devitalized most of the neighborhoods it runs through).

The city’s 2007 Draft L.A. River Revitalization Master Plan outlined a transformation of the river and the areas around it. It was designed by a team including Studio M-LA and engineering firm Tetra Tech. After a long period of inaction, things have finally started happening fairly quickly on the 11-mile stretch of River between Downtown LA and Elysian Park: dozens of parks and trails have sprung up, the U.S. Army Corps of Engineers is preparing a $1 billion dollar revitalization, and AECOM wants to add 36,000 housing units.

The plan calls for nearly 300 acres of publicly-accessible riparian areas surrounding the river. Those recreational and flood-control areas would be joined, according to the plan, by 36,620 residential units, including at least 7,874 affordable homes. The plan calls for making 100 percent of the riverfront areas accessible to the public by absorbing the surrounding industrially-zoned lands and converting those parcels to park areas.

But the many cities and towns south of the city got tired of waiting and have now—a decade later—unveiled their own plan. It’s primarily focused on the mostly-industrial 19-mile stretch between Vernon and Downtown Long Beach.

The Lower Los Angeles River Working Group is a collection of officials, non-profits, and community members launched in 2015. They have laid-out improvements to the river that include vegetated terraces, access ramps, dams, public art, underground water retention systems and wetlands. They’ve also called for upgrades to almost 150 nearby properties, as well as parks, streetscapes, bridges, boardwalks, viewing platforms and pathways.

Under California State Assembly Bill 530, cities and advocates banded together to create the Lower Los Angeles River Revitalization Plan, which describes opportunities for improving the environment and residents’ quality of life along the river. This Plan helps ensure that the voices of the people are heard now and in the future as the river is reimagined and revitalized into an integral part of a healthy, equitable, and sustainable community.