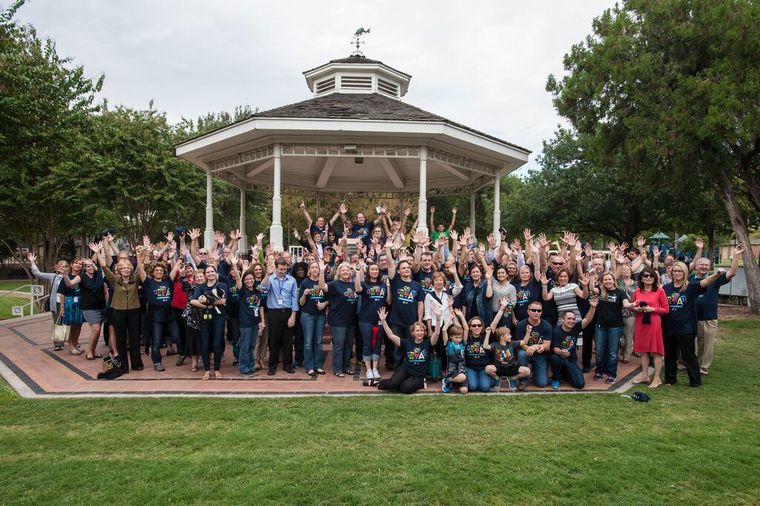 The hard work the city of Plano, Texas put into revitalizing its downtown came to fruition on October 1, 2015, when the American Planning Association (APA) named downtown Plano one of four “Great Neighborhoods” on its annual Great Places in America list.

Downtown Plano is only the second North Texas area to make the list since its 2007 inception. Dallas’ Fair Park was named a Great Public Space in 2011.

“Downtown Plano has remembered its historical past, realized its pedestrian concept and embraced the best in transit-oriented development,” said Ann Bagley of the APA national board. “We don’t just want to separate a commercial area and a neighborhood; we want to combine them. This is a truly great neighborhood.”

According to Bagley, the Great Places in America program recognizes a gold standard in planning, a true sense of place, cultural and historical interest, community involvement, a vision for the future and a legacy for good planning.

Mayor Harry LaRosiliere reminisced about his time on the City Council a decade ago, when officials held a visionary planning workshop with hope of restoring the historic district. “Downtown Plano represents the best of Plano,” he said. “It exemplifies the diversity of housing, a transit-oriented environment, creative use of land and an innovative use of natural setting.”

LaRosiliere credited the Dallas Area Rapid Transit (DART) station with becoming a central component in the revitalization and renaissance of the neighborhood.

“Downtown now is the funkiest, coolest and most eclectic part of the city,” he said. “When it comes to downtown Plano, believe the hype.”