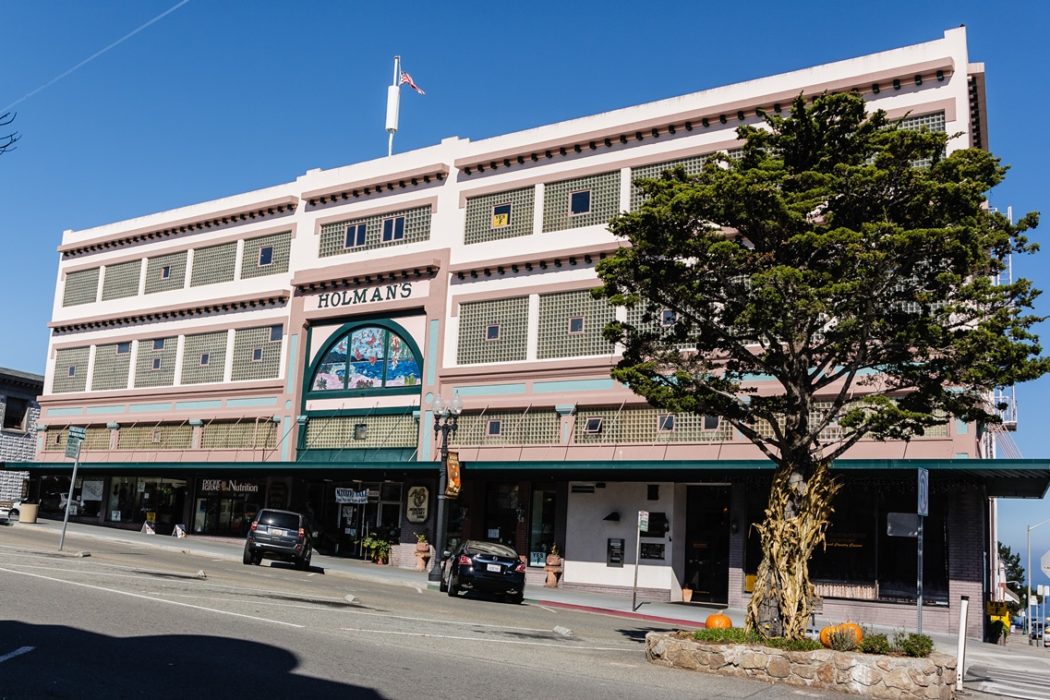 The Holman Building—near the waterfront in Pacific Grove, California—was designed in 1923 by Floyd Pruitt in the commercial style, and constructed in 1924 by general contractor Chester J. Raymond for Wilfred Holman.

The Building was originally constructed as a three–story department store, and a fourth story was added in 1931. Several subsequent significant additions and alterations were made to the structure. The building was listed on the City’s Historic Resources Inventory in 1978. It is well known that John Steinbeck shopped here and actually mentions the building in his books.

The iconic Holman Building is being transformed into 25 luxury condo units along with 18,000 square feet of retail in the heart of Pacific Grove. Parking for residents will be provided in the building’s basement area. The starting price for these units will be starting at a million and going up from there. There is currently a waiting list of 400 interested buyers.

The views of Monterey Bay will be the most spectacular of any property on the Monterey Peninsula. The proposed mixed use, adaptive reuse project includes a mix of residential, retail and office, yet minimal changes will be required to the buildings’ distinctive materials, features, spaces, and special relationships.

Additionally, the historic character of the property will be retained and preserved and the removal of distinctive materials or alterations of features, spaces, and spatial relationships that characterize the property will be avoided. Changes to the building will not create a false sense of historical development.

Distinctive materials, features and finishes will be preserved. Any deteriorated historic features will be repaired rather than replaced. Any chemical or physical treatments will be undertaken using the gentlest means possible. New additions and exterior alterations, specifically the balconies and fifth floor addition, will not destroy historic materials, features or spatial relationships and can be removed in the future, and are discussed in more detail below.

In contrast, the Holman Building Mixed Use Concept has received unanimous approval in a City where there is usually someone vehemently opposed to such a development.