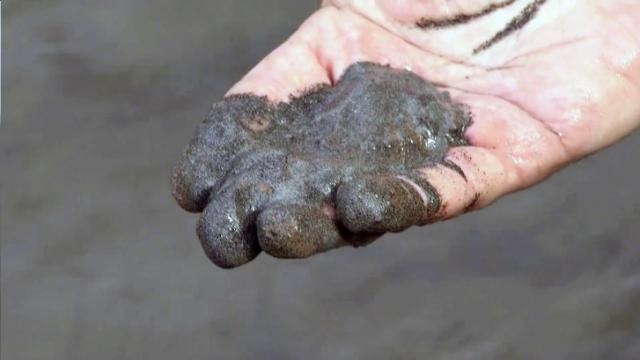 Three subsidiaries of North Carolina-based Duke Energy Corporation, the largest utility in the United States, pleaded guilty today to nine criminal violations of the Clean Water Act at several of its North Carolina facilities and agreed to pay a $68 million criminal fine and spend $34 million on environmental projects and land conservation to benefit rivers and wetlands in North Carolina and Virginia.

Four of the charges are the direct result of the massive coal ash spill from the Dan River steam station into the Dan River near Eden, North Carolina, in February 2014. The remaining violations were discovered as the scope of the investigation broadened based on allegations of historical violations at the companies’ other facilities.

Under the plea agreement, both Duke Energy Carolinas and Duke Energy Progress, must certify that they have reserved sufficient assets to meet legal obligations with respect to its coal ash impoundments within North Carolina, obligations estimated to be approximately $3.4 billion.

Officials from the Environmental Protection Agency’s Office of Enforcement and Compliance Assurance, EPA’s Office of Inspector General, the Justice Department’s Environment and Natural Resources Division and the three U.S. Attorney’s Offices in North Carolina, the Internal Revenue Service (IRS) Criminal Investigations and the North Carolina State Bureau of Investigation (SBI) made the announcement following a plea hearing at the federal courthouse in Greenville, North Carolina today.

“Over two hundred sixteen million Americans rely on surface water as their source of drinking water. Duke Energy put that precious resource at risk in North Carolina as the result of their negligence,” said Assistant Administrator Cynthia Giles for EPA’s Office of Enforcement and Compliance Assurance. “Companies that cut corners and contaminate waters on which communities depend, as Duke did here, will be held accountable.”

“The massive coal ash spill into North Carolina’s Dan River last year was a crime and it was the result of repeated failures by Duke Energy’s subsidiaries to exercise controls over coal ash facilities,” said Assistant Attorney General John C. Cruden of the Justice Department’s Environment and Natural Resources Division. “The terms of these three plea agreements will help prevent this kind of environmental disaster from reoccurring in North Carolina and throughout the United States by requiring Duke subsidiaries to follow a rigorous and independently verifiable program to ensure they comply with the law.”

“Duke Energy’s crimes reflect a breach of the public trust and a lack of stewardship for the natural resources belonging to all of the citizens of North Carolina,” said U.S. Attorney Thomas G. Walker for the Eastern District of North Carolina. “The massive release at the Dan River coal ash basin revealed criminal misconduct throughout the state — conduct that will no longer be tolerated under the Judgment imposed by the court today.”

As part of their plea agreements, Duke Energy Business Services LLC, Duke Energy Carolinas LLC and Duke Energy Progress Inc. will pay a $68 million criminal fine and a total $24 million community service payment to the National Fish and Wildlife Foundation for the benefit of the riparian environment and ecosystems of North Carolina and Virginia. The companies will also provide $10 million to an authorized wetlands mitigation bank for the purchase of wetlands or riparian lands to offset the long-term environmental impacts of its coal ash basins. In addition, they will pay restitution to the federal, state and local governments that responded to the Dan River spill and be placed on a period of supervised probation for five years.