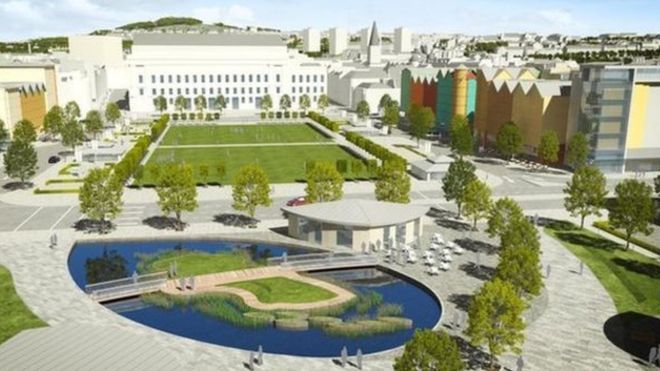 The £1 billion transformation of Dundee City Waterfront (Scotland), which encompasses 240 hectares of development land stretching 8km alongside the River Tay, is a strategic, focused and forward-looking 30 year project (2001-2031) that is propelling the city to international acclaim.

The vision for the Waterfront is “To transform the City of Dundee into a world leading waterfront destination for visitors and businesses through the enhancement of its physical, economic and cultural assets.”

The V&A Museum of Design will open at the site in 2018 and Slessor Gardens, a city centre park, was opened by the Queen in July of 2016.

In 1998, the Dundee Partnership started preparation on a masterplan to re-integrate the Central Waterfront area with the City Centre. The masterplan seeks to realise the exceptional opportunity provided by the Waterfront and prepared a shared vision for the area to create not only a distinctive identity and sense of place, but also provides a robust framework for investment & decision making.

Following a major consultation exercise in 2000 and 2001 a consensus view emerged; in particular that the project needed to happen agreement on its content and physical form. The Dundee Partnership approved the masterplan in 2001.

The masterplan outlines the main components of the Central Waterfront project: