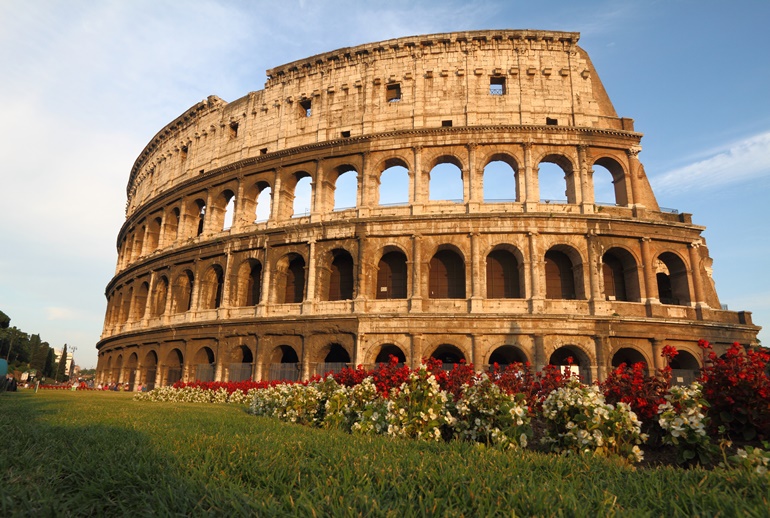 It’s been five years since Diego Della Valle, CEO of the luxury fashion company Tod’s, signed himself up to financially take on one of the most epic and expensive restoration projects in the world—that of Rome’s Colosseum.

The monument, built roughly between 70-80 A.D., was in dire need of some TLC, especially after chunks of stone reportedly fell from the exterior in 2011. Now Tod’s has officially announced the completion of phase one of the $33 million project, with newly refurbished spaces that include the cleaning of the northern and southern facades, replacing damaged mortar in 31 archways, and replacing the arch enclosure system with brand-new gates. The next phase of the restoration will focus on the Colosseum’s underground vaults and passageways.

Though the work has begun and the first goal has been reached, it will be a long and arduous feat until the amphitheater is brought back to its former glory. But hey, Rome wasn’t built in a day either. Above, go inside the ancient walls of the Colosseum to see the first phase of this historic, architecturally stunning restoration.

Rome, Italy‘s Colosseum has emerged more imposing than ever after its most extensive restoration, a multi-million euro cleaning to remove a dreary, undignified patina of soot and grime from the ancient arena, which has been assailed for decades by pollution in traffic-clogged Rome.

Footing the bill is shoe-and-luxury goods maker Tod’s. In an act of modern-day cultural patronage, company founder Diego Della Valle responded to a government call to the private sector to help Italy’s chronically anemic coffers to care for its immense art and archaeological treasures.

And buoyed by the brighter look of the Colosseum’s restoration, which was officially unveiled on July 1, 2016, Italy’s culture minister, Dario Franceschini, announced that 18 million euros ($20 million) have been found to replace, by the end of 2018, the arena’s long vanished floor with one that could support modern-day entertainment, although monument-rocking rock concerts have been ruled out.