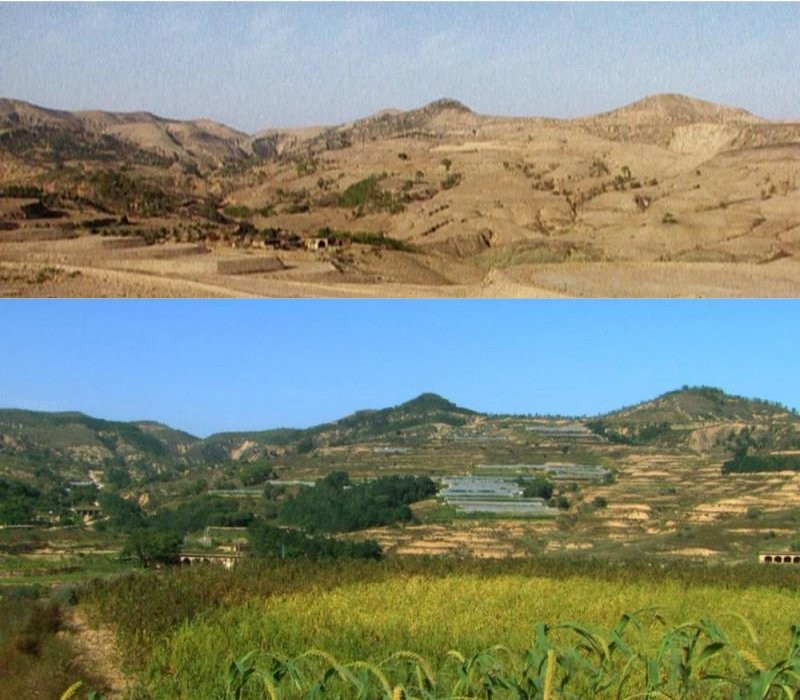 This 2009 New York Times article was one of the first to reveal China‘s magnificent restoration of the Loess Plateau to the world.

A visitor to China’s Loess Plateau would rightly be puzzled that the region was once the cradle of Chinese civilization.

Through thousands of years of farming, much of the once fertile soil has been leached to the point of infertility. Massive dust storms pick up the loose soil and carry it as far as Tokyo and Taipei. During sunset, fumes from factories block out the sun well before it can be observed sinking below the horizon.

But all this may be finally changing.

In 2005, the Chinese government, in cooperation with the World Bank, completed the world’s largest watershed restoration on the upper banks of the Yellow River. Woefully under-publicized, the $500 million enterprise transformed an area of 35,000 square kilometers on the Loess Plateau — roughly the area of Belgium — from dusty wasteland to a verdant agricultural center.

REVITALIZATION readers are invited to comment below on the current state of the Loess Plateau, six years later, both from an ecological and an agricultural standpoint. [Photo credit: John D.Liu]