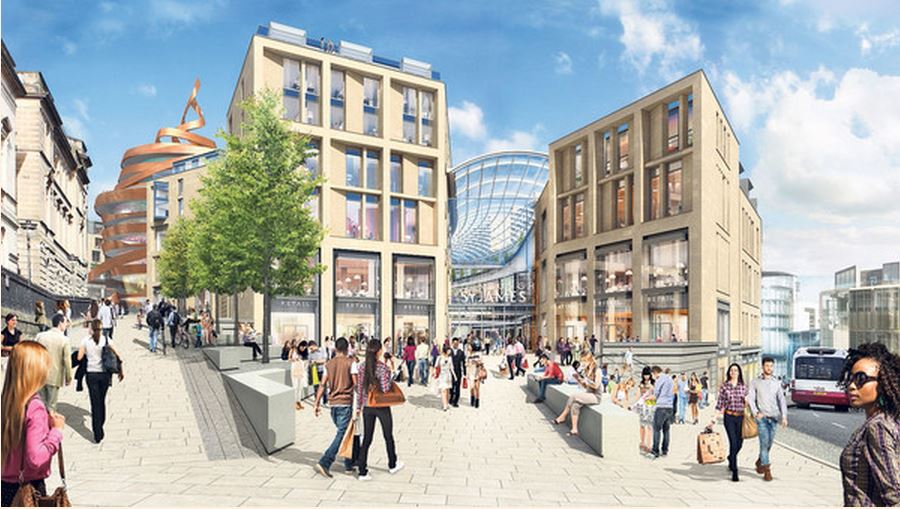 Dominated by the castle, Edinburgh, Scotland’s centre has changed little over the past 150 years and is essentially split by a valley through which the main railway line runs.

On one side is the medieval Old Town with its narrow alleys, or wynds. On the other is the stately, Georgian-era New Town, its classically proportioned townhouses and squares often cited as an urban planning masterpiece.

Now the city is entering a new phase with a wave of development that, it is claimed, will enhance its international image — but also change its face completely.

In 2012, Edinburgh’s council identified a number of central sites in need of regeneration that could be key to the city’s growth. Several had been due for development a decade earlier but this stalled after the 2008 recession.

“We didn’t want strategic sites staying empty and undeveloped,” says Frank Ross, economy convener at the city council. “We had areas of wasteland, and buildings in key locations that were 50 per cent empty or unused for many years.”

New development, Ross claims, will open up 28,000 jobs to Edinburgh’s mainly young workforce and encourage inward investment. There is, however, demand for quality residential property among the young professionals that Edinburgh attracts, as well as from local families and investors wanting to move into the thriving rental sector.

The proposed transformation in Edinburgh has also attracted criticism from residents and heritage organisations. Issues include the visual impact such large modern schemes will have.

“Edinburgh is unique and should be developed as such,” says Marion Williams, director of the Cockburn Association conservation society. “It should grow in a way that retains and enhances its qualities, not with developments that don’t complement the architecture.”