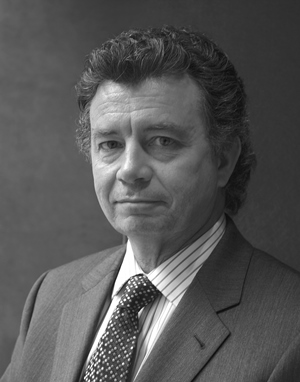 Note from Storm: The following excerpt is from David Garber‘s excellent CityLab article on the controversy over turning the grand 1903 Carnegie Library in the District of Columbia into an Apple store. 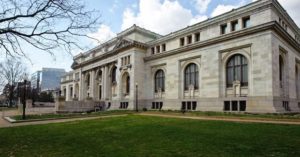 As a long-time resident of the DC area, I wanted to weigh in with this mini-editorial to express my own never-so-humble opinion. Since the Carnegie Library is directly across the street from the Washington Convention Center, I’ve seen it many, many times.

On the other hand, I’ve only been inside of it once, back when it was a Museum of the District of Columbia. And that’s why I’m in favor of reusing it as an Apple store, even though I’m not a user of Apple products.

To me, a good reuse of a historic building combines two key elements: 1) vitality, and 2) respect for the structure and its heritage. The second factor is obvious to any historic preservationist, but the first factor often gets overlooked. Anyone who has read Stewart Brand’s brilliant 1995 classic, How Buildings Learn: What Happens After They’re Built will understand the importance of respecting not just a building’s heritage, but its purpose of serving people. 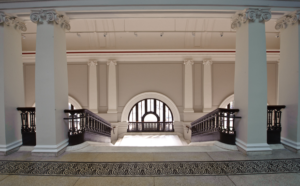 So, it will make me very happy to see throngs of people–especially young people–enjoying the grandeur of the Carnegie Library, and maybe being inspired by it. Restoring a historic building isn’t just about restoring stone and plaster: it’s also about restoring function and life. In other words, it’s about revitalizing the structure. 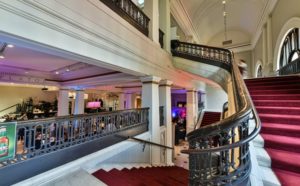 Washington D.C. recently announced plans to lease the Carnegie Library, a landmarked Beaux-Arts building built in 1903, to Apple for a new flagship retail store. Many have applauded the proposal, which will finally bring an active and functional use to a historic building that has long been underutilized, and which sits in Mt. Vernon Square, between the city’s convention center and trendy Shaw neighborhood, and the downtown retail and entertainment core. But the prospect of “losing” the former library to a corporate tenant has also been met with criticism—most prominently on this site, where CityLab’s Kriston Capps pleads that a site as grand as the Carnegie “deserves a public use,” ideally as an arts venue, not as a “gadget store.”

I get it. The building is old and ornate, and there’s some dissonance in imagining it as a place to purchase goods—though Apple has also emphasized their plan to host free daily classes on topics ranging from coding to photography. Like so many around the world, I grew up understanding that white-pilastered buildings like this one hosted quiet stacks of books or galleries of gold-framed paintings and dinosaur bones. They were built to elevate and highlight the gravity of their contents. In comparatively young America, classical buildings showed us, and the rest of the world, that our republic, institutions, and culture could match or exceed those found elsewhere. We mattered. And people like Andrew Carnegie invested in that belief for the betterment of our cities.

Now picture an Apple Store: teeming with customers and employees amid the minimalist furniture and white walls of a polished, landmarked interior. Adaptive reuse of old and historic buildings is increasingly part of the brand’s aesthetic: In Los Angeles, Berlin, Paris, London, Amsterdam, Geneva, Sydney, and in smaller main street markets around the country, Apple has taken space in old movie houses, theaters, and banks. In New York City, the New York Landmarks Conservancy awarded Apple their Chairman’s Award for the company’s “contribution to preserving, restoring, and repurposing notable historic structures.” 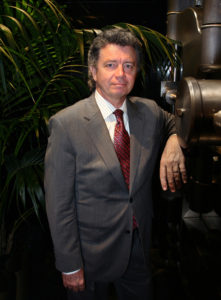 All photos courtesy of Events DC.