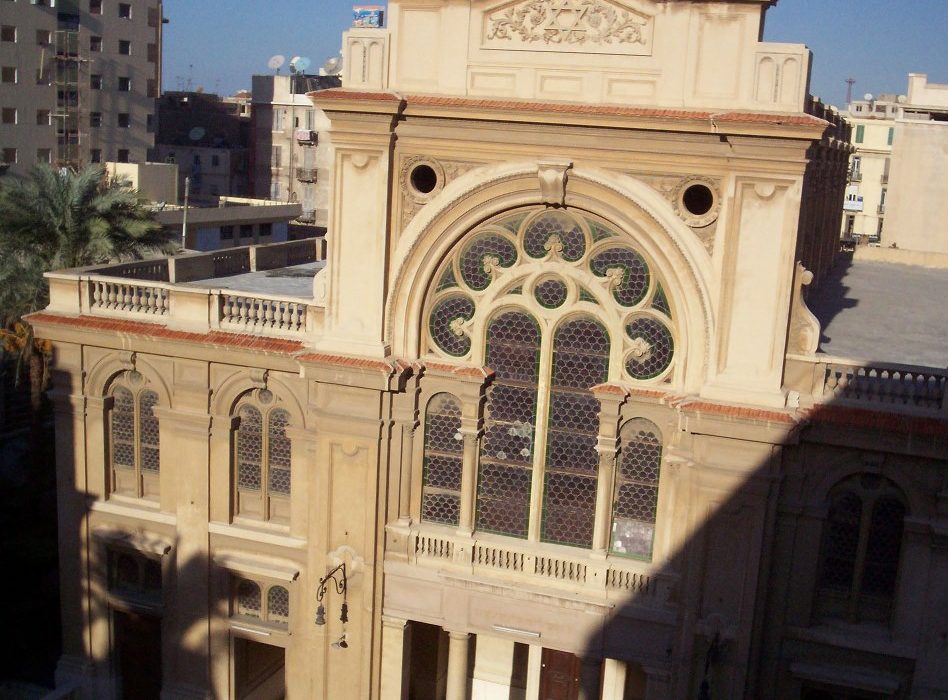 The historic Eliyahu Hanavi Synagogue (known locally as The Jewish Temple) is located on Nabi Daniel street in Alexandria, Egypt. It’s the second largest synagogue in the world, and the first one ever built in the Middle East.

Built in 1354, it was bombed by the French during their invasion of Egypt in 1798, and was re-built in 1850 with contributions from the then-ruling Muhammad Ali family dynasty.

In the 1930s, the Jewish community in Alexandria numbered over 20,000. Today, just 50 remain. Despite the tiny Jewish population, services continued in the synagogue until 2016.

That was when, after being in a state of disrepair for many years, it closed its doors due to the collapse of the ceiling in the women’s section.

Now, the Egyptian government has announced plans to restore the historic synagogue. Egypt’s Ministry of State of Antiquities says they will allocate $2.2 million (40 million Egyptian pounds) for the restoration.

Earlier, the Ministry of Antiquities had refused Israel’s offer to restore the temple. Last year, Israeli Minister David Govrin said Israel would pay for the restoration, but the offer was immediately refused.

El-Sa’eed Helmy, head of the Islamic and Coptic Relics department at the ministry, explained that “Egypt has a clear direct stand from Israel, and it doesn’t accept any money from it. The temple is located on Egyptian lands, and we would never accept Israeli money to renovate our heritage.”

Featured photo by Moshirah via Wikipedia.