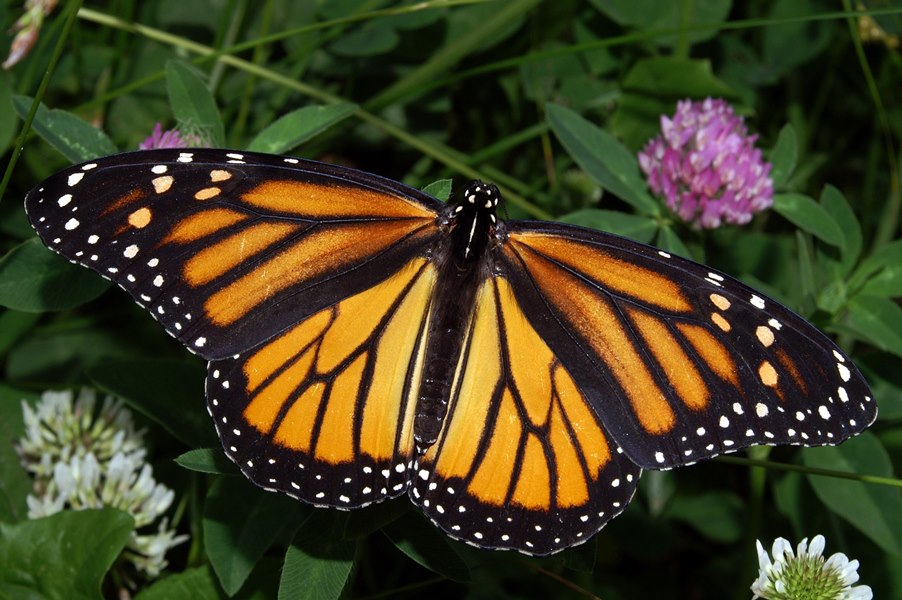 A group of Livingston, New Jersey students is asking for the community’s help in restoring the Monarch butterfly population in the area.

Aalok Dhurandhar, a fifth-grader at Hillside Elementary School, spoke to the council about the rapid depletion of the Monarch population.

The students designed a computerized tracking tool, with which they are able to survey the public to determine the amount of nectar and milkweed plants in the community. They also created a Suburban Kit containing nectar plants and native milkweed plants to be planted in suburban areas, and an Urban Kit for windowsills.

Mayor Al Anthony thanked the students and agreed to sign the pledge alongside the Livingston council members. The pledge includes the creation of a demonstration garden, and a public education effort.

The eastern North American Monarch population is notable for its annual southward late-summer/autumn migration from the northern and central United States and southern Canada to Florida and Mexico. During the fall migration, monarchs cover thousands of miles, with a corresponding multi-generational return north. The western North American population of Monarchs west of the Rocky Mountains often migrates to sites in southern California but has been found in overwintering Mexican sites as well.

After a ten-fold drop in the population of the eastern monarch butterfly population over the last decade, a 2016 study predicted an 11%–57% probability that this population will go quasi-extinct over the next 20 years.

Photo of female Monarch by Kenneth Dwain Harrelson via Wikipedia.