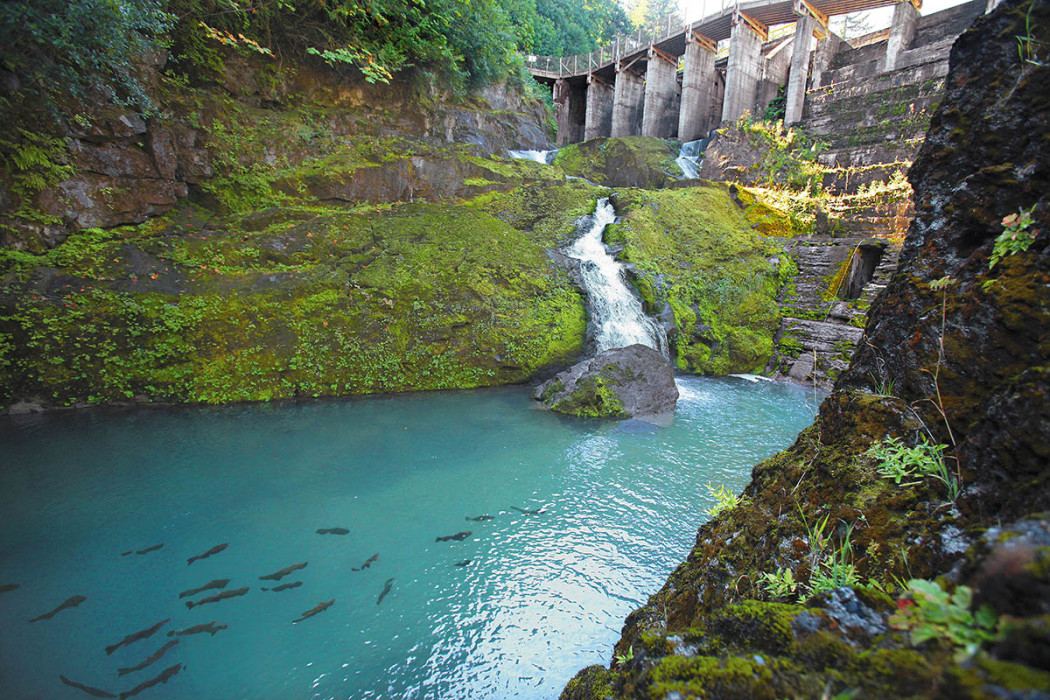 Today the river roars through the tight rock canyon once plugged by Elwha Dam, and surges past the bald, rocky hill where the powerhouse stood.

The hum of the generators is replaced by the river singing in full voice, shrugging off a century of confinement like it never happened. Nature’s resurgence is visible everywhere.

“Big things can happen if people persevere,” said Mike McHenry, biologist with the Lower Elwha Klallam Tribe, which got the ball rolling on dam removal when it was still thought a crazy idea. “Back in 1990, you ask somebody in Anywhere, USA, about dam removal,” McHenry said, “they would have told you that you were nuts.”

Not anymore. Washington state, still one of the most hydropower-rich states in the nation, is also today the world’s dam-busting pioneer.

Scientists are amazed at the speed of change under way in the Elwha.

Elk stroll where there used to be reservoirs. Bigger, fatter birds are bearing more young, and moving in to stay. A young forest grows where there was blowing sand in the former reservoir lakebeds. Seeds tumble down the river’s coursing current. The big pulse of sediment trapped behind the dams is passed; the river has regained its luminous teal green color, and its channel is stabilizing.

Logs are tumbling and stacking in the river, building complex, braided channels, islands and jams.

And fish are booming back: More than 4,000 chinook spawners were counted above the former Elwha Dam the first season after it came down.

Overall, fish populations are the highest in 30 years. And that’s before the first progeny of salmon and steelhead going to sea since dam removal come back this year.