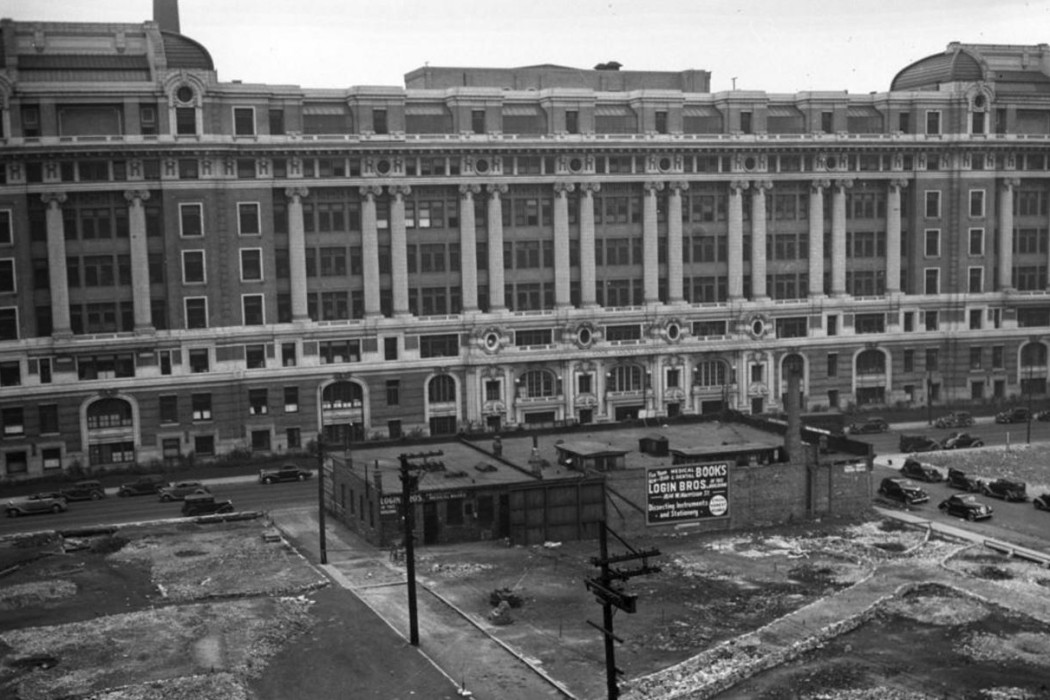 After sitting empty for more than 13 years and becoming a prominent target for graffiti taggers and metal thieves, the 102-year-old Cook County Hospital building could be in line for redevelopment that would restore some of its original Beaux Arts grandeur.

Cook County Board President Toni Preckwinkle plans to announce Wednesday a development agreement that would transform the hospital building, for decades the site of important medical innovations, into a hotel, apartments and shops.

The rehabilitation of the old hospital, which Preckwinkle and developers hope to start next year and complete in 2018, would be done at the same time as work on the nearby Stroger Hospital campus, where the county plans to erect a nine-story building to replace outmoded administrative offices and clinic space.

All of that is in keeping with famed Chicago architect Daniel Burnham‘s admonition to “make no little plans.” But given the old hospital’s state of disrepair, the need to secure at least $550 million in funding and the sheer size of the project, it remains to be seen whether Preckwinkle’s vision for the building and surrounding area will become reality.

Plans call for restoring the hospital’s outer layer and parts of its interior, likely including the grand, two-story lobby that was the entry point to free health care for generations of Chicago’s poor. That area could include shops.

There also would be a hotel, largely to serve visiting Medical District doctors and professors, and an extended-stay hotel, each with as many as 125 rooms.

There also would be as many as 150 apartments, with 20 percent of them rented out at affordable rates as determined by city guidelines, said Preckwinkle, who has long been a champion of affordable housing.

“You want to revitalize the housing market, but you don’t want ordinary working people to be priced out of the neighborhoods as a result,” Preckwinkle said.