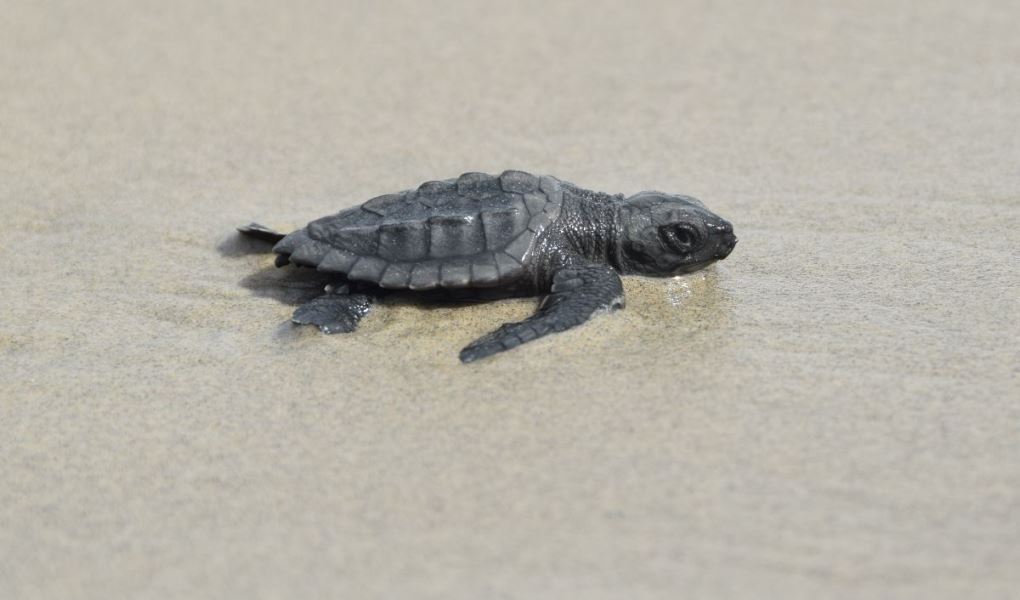 For the first time in three quarters of a century, sea turtle hatchlings have been observed on Louisiana’s soon-to-be-restored Chandeleur Islands.

The Louisiana Coastal Protection and Restoration Authority (CPRA) and Louisiana Department of Wildlife and Fisheries (LDWF) discovered hatchlings of the endangered Kemp’s ridley turtles in the Breton National Wildlife Refuge. 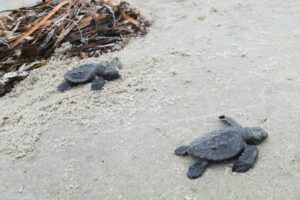 “Louisiana was largely written off as a nesting spot for sea turtles decades ago, but this determination demonstrates why barrier island restoration is so important,” said CRPA Chairman Chip Kline.

“As we develop and implement projects statewide, we are always keeping in mind what’s needed to preserve our communities and enhance wildlife habitat. Having this knowledge now allows us to make sure these turtles and other wildlife return to our shores year after year,” he added.

CPRA and LDWF have closely monitored the Chandeleur Islands since May as part of an effort by the Regionwide Trustee Implementation Group to design a project that will restore the islands after they were impacted by the 2010 Deepwater Horizon Oil Spill and numerous tropical weather systems over the years.

“It is well known that the Chandeleur Islands provide key habitats for a host of important species; however, with the recent discovery of a successful Kemp’s ridley sea turtle hatching, the islands’ value to the region has been elevated,” said LDWF Secretary Jack Montoucet.

“We are gaining a better understanding of the benefits this barrier island restoration may provide in the recovery of this endangered species across the Gulf of Mexico,” he continued.

The discovery of nesting sea turtles will help shape future restoration plans for the island and ensure sea turtle nesting habitat is preserved and improved.

“We have a responsibility to protect the wildlife here, and that means creating safe and nourishing environments for these turtles and other animals that call Louisiana home,” said CPRA Executive Director Bren Haase.

“It’s an exciting discovery, and we hope to see additional hatchlings emerging in the weeks and years to come,” he added. 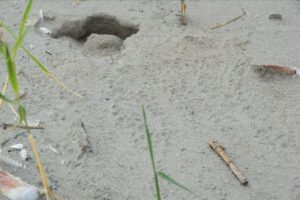 Sometimes, all that’s found is a “crawl”: the tracks of baby turtles around an empty nest.

The finding is the first known observation of wild sea turtle hatchlings on the Chandeleur Islands in at least 75 years.

So far more than 53 sea turtle crawls have been documented and two live hatchlings have been observed making their way to the water.

“We were very excited to learn that sea turtles are once again using the Chandeleur Islands for nesting,” said Leopoldo Miranda-Castro, Regional Director, U.S. Fish and Wildlife Service (USFWS).

“We’ve worked hard with our partners to restore wildlife and habitat in the Gulf of Mexico since the Deepwater Horizon oil spill through planning and implementing numerous projects, including on the Chandeleur Islands. The discovery of sea turtles nesting and successfully hatching is a huge step forward demonstrating the amazing resilience of fish and wildlife resources, including threatened and endangered species, and the importance of restoring these barrier islands to protect humans and nature,” he concluded.

The USFWS determined the hatchlings to be Kemp’s ridley sea turtles, and crawl survey data indicates that in addition to Kemp’s nests, loggerhead sea turtles are also nesting on the islands.

Several loggerheads were also discovered nesting in Grand Isle in 2015, which at the time was the first confirmed sea turtle nesting on the coast of Louisiana in over 30 years.

Both species of sea turtles are Federally listed; the Kemp’s ridley are endangered and loggerheads are threatened. Kemp’s are found throughout coastal Louisiana waters feeding in the state’s rich estuaries.

Many sea turtle species are known to congregate at the Chandeleur Islands within the nearshore border of Breton National Wildlife Refuge each year feeding in and adjacent to the state’s only marine seagrass meadows.

Additional nests may be discovered on the Chandeleur Islands as monitoring continues and hatchlings begin to emerge. The peak of sea turtle nesting season is June through July with young hatching 50 to 60 days later.

All photos courtesy of CPRA.